KFSN
By Brian Johnson
VISALIA, Calif. (KFSN) -- Less than three months after his arrest, Gilbert Balderas received his punishment: 364 days in the Tulare County Jail and five years felony probation. If he violates his probation, he'll go to state prison for three years.

The terms of his probation are strict-- he must stay away from anyone under the age of 18; he can't live near schools; he'll have to register as a sex offender for the rest of his life, and he cannot have any contact whatsoever with his victim-an 11-year-old girl.

"But if he violates we'll be arguing he should go to state prison," said Tulare County Assistant District Attorney David Alavezos.

Balderas was a Tulare County volunteer firefighter as well as an instructional aide for Cutler-Orosi Joint Unified School District.

Members of the Tulare County Sheriff's Office arrested the 22-year-old in late May for sending inappropriate material to an 11-year-old student through Snapchat.

In late June, Balderas pleaded no contest to two felonies: One count of distributing or showing pornography to a minor, and one count of contact with a minor for sexual offense.

Balderas was also convicted of a misdemeanor: annoying and molesting a child. Tuesday, his defense attorney told the court that his client totally regrets his actions and is sorry.

The district attorney's office revealed the inappropriate material Balderas sent was a nude picture of himself. He also asked the young student if they could meet up. 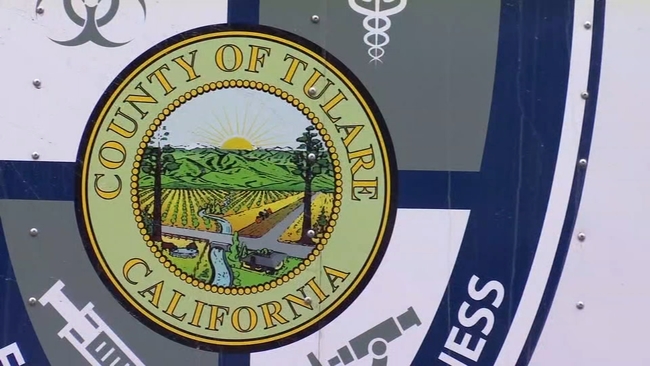