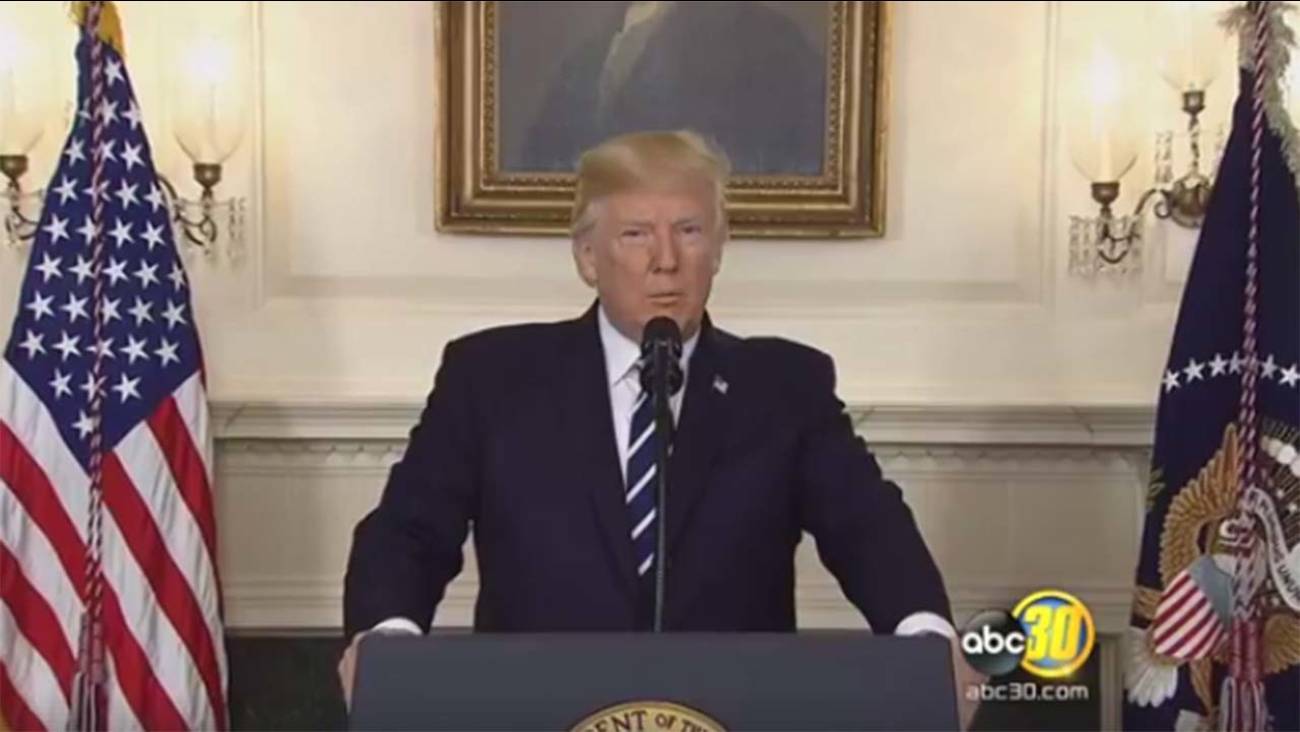 Trump says the nation is joined together today in sadness, shock and grief.

Trump is addressing the attack on a country music festival Sunday night that left at least 50 people dead and more than 400 injured.

The gunman opened fire from inside the Mandalay Bay Hotel and Casino.

Authorities say 64-year-old Stephen Craig Paddock killed himself after the shooting. Police have yet to determine a motive.

The proclamation covers flags at the White House and all public buildings, military posts, naval stations and naval vessels throughout the United States and all territories. It also extends to embassies, military facilities and other sites overseas.