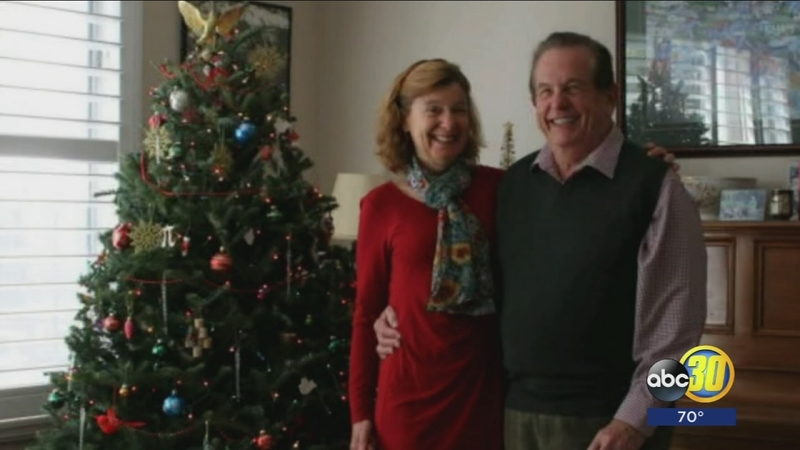 FRESNO, Calif. (KFSN) -- Two former Fresno State professors have not been able to see the damage themselves. They say a neighbor who works for the County was able to survey some of it and he told them their entire neighborhood has been leveled to the ground.

"It was hellish. It was such a ferocious fire."

Former Fresno State professors, Roy Thornton and Susan Rodriguez were asleep in their Larkfield home near Santa Rosa Sunday night when a neighbor at 1:30 a.m. --banged repeatedly on their front door.

"She said get out get out now and a police going by and all the cars and all the neighbors were taking off and backing out," Rodriguez.

Rodriguez says in a matter of seconds, it became clear what was going on.

"Everything you think about hell that's the way it looked it was red it was hot it was smoky and debris was just flying across the streets and into the house."

After escaping with just the clothes on their backs and a few personal items, Rodriguez and Thornton drove up Highway 101 to Windsor to a nearby hotel. But later that day, a neighbor who works for the County gave them the news they both feared.

"He said, I can tell you our neighborhood was leveled there is nothing left by chimneys."

The couple is not the only one facing devastation. Fresno State Viticulture and Enology staff employee Cynthia Wood says a number of alumni are impacted by the wildfires too.

She has been monitoring Facebook to check on them.

"If they've checked in as safe at least for time being we know that they are OK," said Wood.