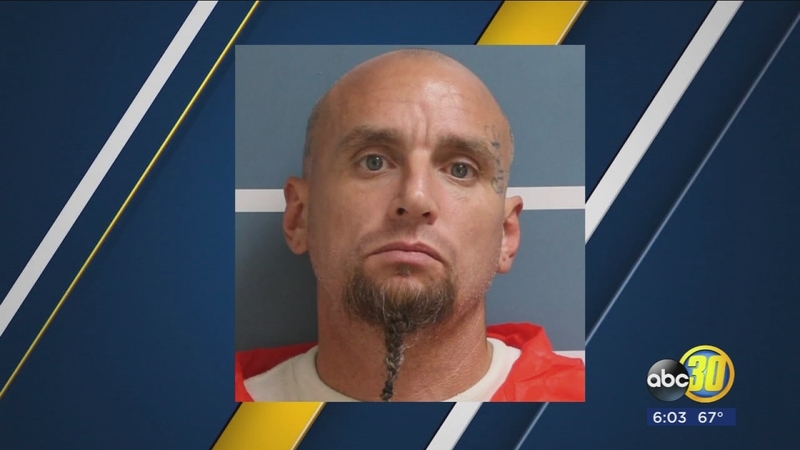 FRESNO, Calif. (KFSN) -- Visalia Police say one of their cold cases has been solved.

Detectives picked up Joseph Hughes at Pleasant Valley State Prison in Coalinga on Tuesday. He has been there for the past couple of years. They drove him to Visalia to talk to him about the death of his wife Sonia Hughes, more than a decade ago.

Police say he has been the primary suspect all along, but they did not have probable cause to arrest him, until now.

"Just these past few weeks, our investigators have looked over the evidence, re-interviewed some of the witnesses and presented that case to the district attorney's office," said Visalia Police Sgt. Damon Maurice.

In November of 2006, a walker found Sonia Hughes' body along a canal bank in West Visalia.

Police say she was buried in a shallow grave, and an autopsy determined she was strangled to death.

At the time, police say Joseph Hughes told them that he and his wife had gotten into an argument a couple of months before, and then went their separate ways.

He said he did not know what happened to her. But this week, police say he changed his story, telling them he was involved in her death.

"At some point during that argument there was a fight which lead to his wife's death," Maurice said.

Police believe Hughes killed his wife inside the home they shared together around the time of the September argument.

The Tulare County District Attorney's Office has charged Hughes with murder, as well as one count of child abuse (they can't say who the victim was).

"We have put a lot of work toward this case," Maurice said. "Our detectives put a lot of man hours towards the case and we hope we can bring some type of justice and closure to the victim's family."

Hughes pleaded not guilty during his arraignment Wednesday.