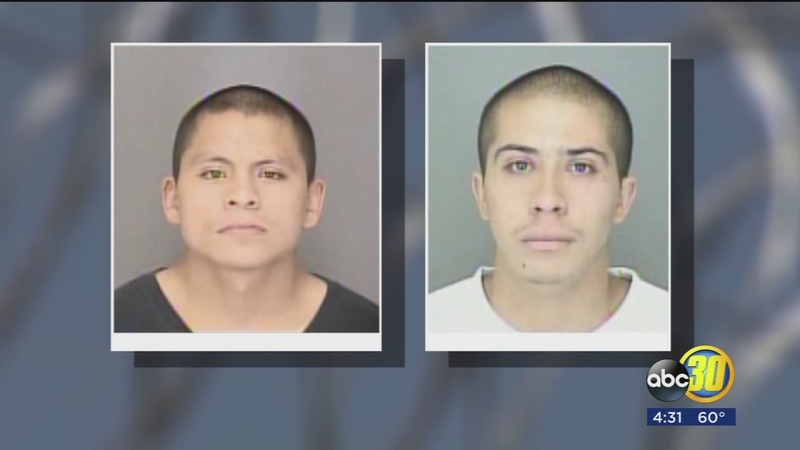 Jose Carballido was charged with two counts of voluntary manslaughter for the deaths of 18-year-old Samantha Parreira, and 19-year old Matthew Fisher in 2013.

ATWATER, Calif. (KFSN) -- The mother of one of the victims says she's been waiting for this day since the moment she was forced to make the decision to take her daughter off life support after the shooting.

Friday, they're one step closer to justice, but they say no amount of prison time will bring back the lives lost in this tragedy.

Samantha's mother, Desiree Parreira said, "Her life had just started, 16 years old, shot down in cold blood, why would anybody want to do that to somebody."

Desiree Parreira was in tears in the courtroom after one of the men involved in her daughter's murder was sentenced to 22 years in prison.

Jose Carballido was charged with two counts of voluntary manslaughter for the deaths of 16-year-old Samantha Parreira, and 19-year old Matthew Fisher in 2013.
RELATED: Trial is underway for Jose Botello, accused of killing two teens at Atwater house party

Carballido, and another co-defendant, Jose Botello, were charged with murder for the shooting of the teens during an Atwater house party. However, Carballido, who did not fire the weapon, changed his plea in October and his charges were reduced.

Botello was found guilty of killing the two teens in November. For the parents of the victims, it's been four years of grief. Both the teens' parents spoke and Parreira looked directly at Carbillido as she remembered her daughter.

"I wanted him to hear me. I wanted to look at him, and see my face," Parreira said.

Down to the minute, Parreira recalls the final moments she had with her daughter on the day she died.

"Because you were a follower, not a leader, this is where you sit and that's where my daughter is now. Six feet underground."

She's one step closer to moving on but as Carbillido returns to his cell, Parreira says no amount of justice will bring back her daughter.