KFSN
By ABC7.com staff
MONTECITO, Calif. (KFSN) -- New evacuation orders have been issued in Santa Barbara County on Saturday, as the Thomas Fire continues to expand.

In the city of Santa Barbara evacuations were ordered in the area east of Hwy 154 to Mission Canyon Rd and north of Hwy192 to East Camino Cielo. In the Montecito and Summerland Area, residents south of Hwy 192, North of Hwy 101, West of ToroCyn, East of Summit Rd & Country Club. In both Santa Barbara and Montecito, evacuations were in place north of Alameda Padre Serra/Hwy 101, south of Hwy 192, east of Mission Canyon Road, & west of Hot Springs & Summit Road.

The northbound 101 Freeway at Seacliff was closed between Ventura and Santa Barbara due to increased fire activity, Ventura County fire officials said. Drivers were asked to use 5 Freeway as an alternate route.

Cal Fire officials also confirmed all mandatory and voluntary evacuation orders in the city of Ventura have been lifted.

The evacuation orders come as fire crews gain some ground on the fire, which has reached 40 percent containment, Cal Fire officials said. Full containment is expected to be reached Jan. 7.

The blaze is still threatening about 18,000 structures as it surges through Santa Barbara and Ventura counties.

Since breaking out on Dec. 4, the Thomas Fire has burned 259,000 acres and has destroyed more than 1,000 structures. It's now believed to be the third largest wildfire in California history.

The fire claimed the life of a firefighter on Thursday. The firefighter was identified as Cal Fire San Diego Unit Fire Apparatus Engineer Cory Iverson, according to Cal Fire Director Chief Ken Pimlott.

The winds have also shifted, and smoke from the fire is moving down into Simi Valley and the San Fernando Valley. Meantime, a red flag warning issued Saturday morning will be in effect for several Southern California areas until at least Sunday at 8 p.m. 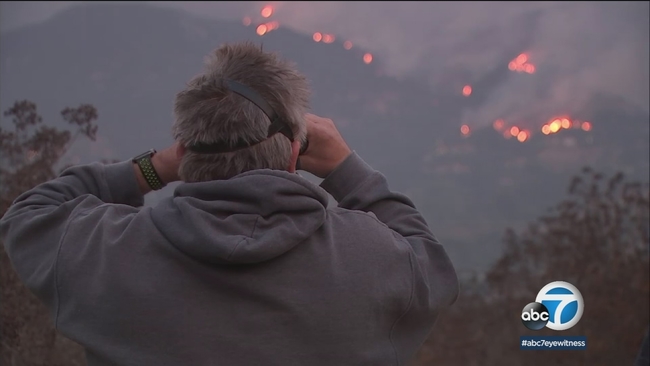 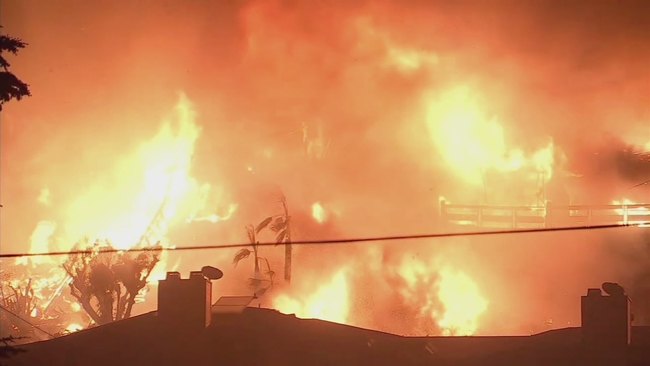