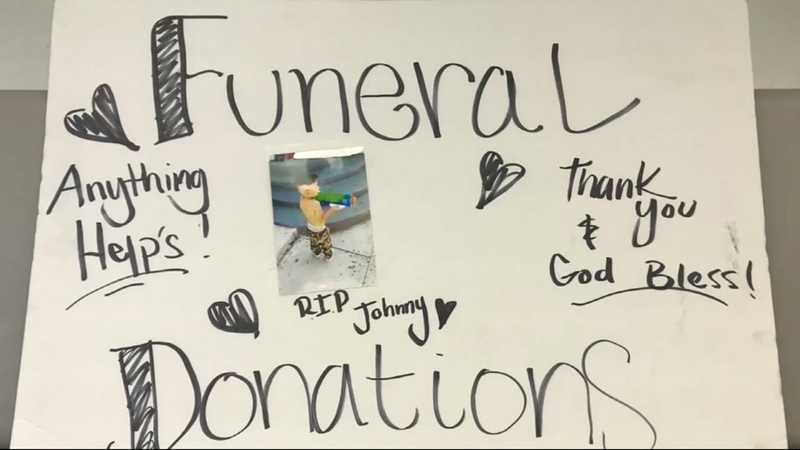 VICTORVILLE, Calif. -- Three suspects were arrested in Victorville Monday on suspicion of taking in donations for a fraudulent funeral fund for a boy who is not dead.

The suspects are accused of using signs that read "Funeral Donations," ''Anything helps!" and had photos of a little boy. "RIP Johnny," one sign noted.

Victorville police investigated the incident and discovered the little boy was not deceased, and that the boy was the son of Navarette's friend.

The water bottles held by the suspects containing cash were allegedly donated as a result of the signs.

It is not clear if the suspects arrested are the same people accused of a similar incident in the area.

"This is not anything new because that has happened before, and I think it is very sad," Victorville resident Becky Lindsey said.

The department says deputies contacted one victim of the scheme who was nearby the scene on U.S. 395 and they are seeking others.

Anyone with information regarding the incident is asked to contact the Victorville Police Department at (760) 241-2911.