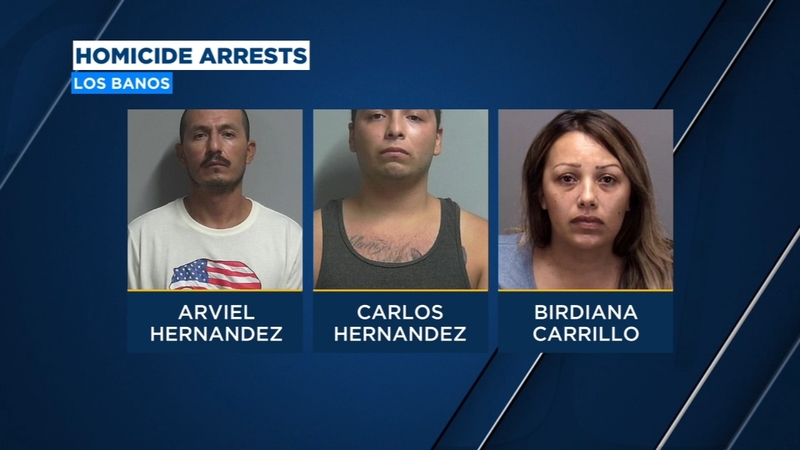 A three-month investigation led to the arrests of Arviel Hernandez, 40, Carlos Hernandez, 21, and Biridiana Carrillo, 37.

Police say Riogberto Fernandez Perez was killed near Highway 152 and Highway 165 after an argument with at least three people on March 13.

Border Patrol Agents found the Hernandezes at the U.S.-Mexico Border where their warrants for arrest were later confirmed.

The three suspects are currently in the Imperial County Jail pending extradition to Merced County.