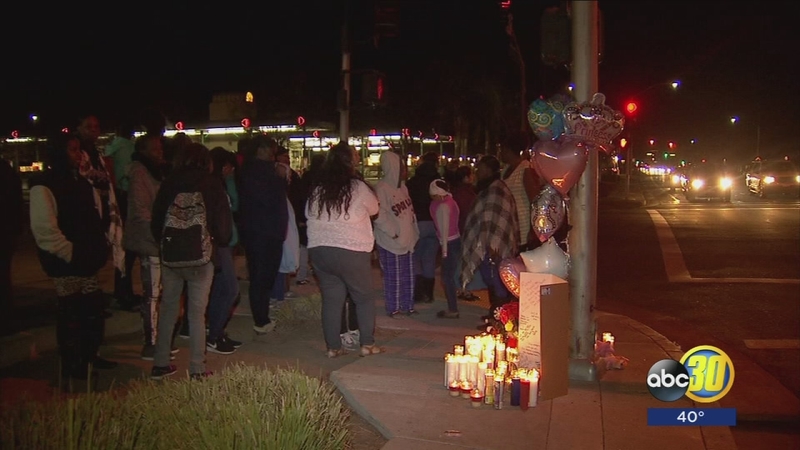 MERCED, Calif. (KFSN) -- A Merced mother is asking for a hit and run driver to come clean after their car hit and dragged her three-year-old daughter down the street killing her.

Tuesday night, police released several videos capturing the suspect's car as it fled the scene. Three-year-old Dayveonna was walking home with her family when she was hit and killed in a crosswalk.

Standing in a sea of overwhelming pain and despair all this mom wants to know is who killed her daughter.

The child's mother Shawan Bradford said, "I'm hurting, she only three, and you didn't have the audacity to stop and check to see if my baby okay."

Shawan Bradford saw it all, she was in the crosswalk with 3-year-old Dayveonna Polk when a purple Honda Accord rammed into her child.

"He just drove off like she was some kind of animal, she's a human being, she's three-years-old," Bradford said.

Officers say this crash may have well been an accident but the driver's decision to flee turned it into a felony investigation.

Lt. Jay Struble of the Merced Police Dept. said, "Surveillance video shows several people running into the roadway, so I don't see how anyone could not know that they struck her."

Police say the car has black tinted windows and is a late 90's model. If the driver cannot summon the courage to turn themselves in police hope someone else will.

"I don't have my oldest daughter no more, and you are still running around here, it's not fair at all," Bradford said.