Delay on ditching DACA cuts both ways for recipients

KFSN
By Corin Hoggard
FRESNO, Calif. (KFSN) -- A setback in the Supreme Court for the Trump administration is good news, at least for now, for DACA recipients.

The high court refused to take up a case dealing with the Deferred Action for Childhood Arrivals program better known as DACA, but the net effect may just be a delay.

President Trump called for ending DACA protections a week from today for people brought to the U.S. as children and living in the country illegally.

But for now, the expiration date will not arrive.

In classrooms and workplaces across the country, DACA recipients got a reprieve Monday.

The Supreme Court decided not to step in to hear a case in which a San Francisco judge blocked President Trump's decision to cancel DACA.

DACA deadline defeat?
SCOTUS decision is a setback for Trump administration and a reprieve for undocumented immigrants who came to U.S. as children.
Live at 4:30 on @abc30, the real effects of today's decision. pic.twitter.com/ZHrCKiQ54m

The White House and the Department of Justice wanted to skip the Ninth Circuit Court of Appeals, which is notoriously liberal.

"It's really sad when every case filed against us is in the 9th Circuit," the president said. "We lose, we lose, we lose, and then we do fine in the Supreme Court. But what does that tell you about our court system? It's a very, very sad thing. So DACA is going back and we'll see what happens from there."

A judge in New York made a similar ruling, so the Trump administration is fighting on two fronts to end protections for about 800,000 undocumented immigrants who came to the U.S. as children. A lot of them can't remember living in any other country -- like Fresno's America Hernandez, who came here when she was three months old.
She had mixed feelings about the court's decision.

"It's also worrisome because it makes you wonder if they're going to do anything at all any more because there's no pressure on them to do anything without a timeline," she said.

March 5th is mostly meaningless now, but Hernandez wants to see Congress continue on a bipartisan path to give her real relief instead of leaving her in a stressful legal limbo.

"I hope that they follow through and they provide a permanent solution in the next coming months before there's another crisis situation like the one we are sort of escaping right now," she said.
White House spokesman Raj Shah said Monday the DACA program provides government benefits to illegal immigrants and it's clearly unlawful. 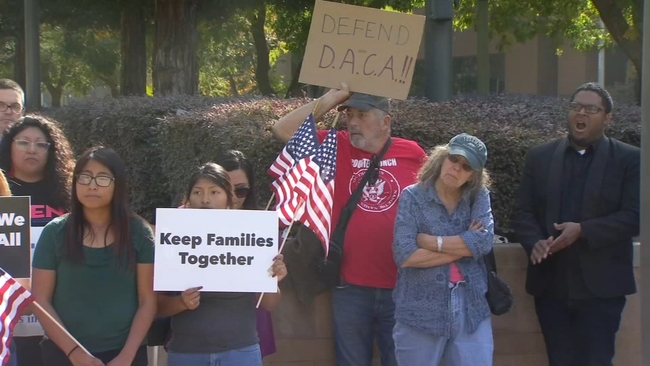 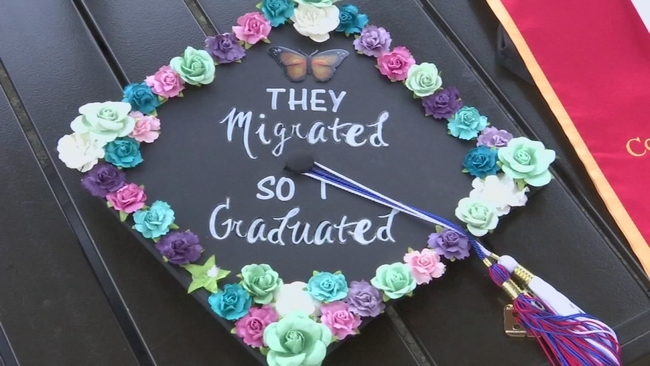