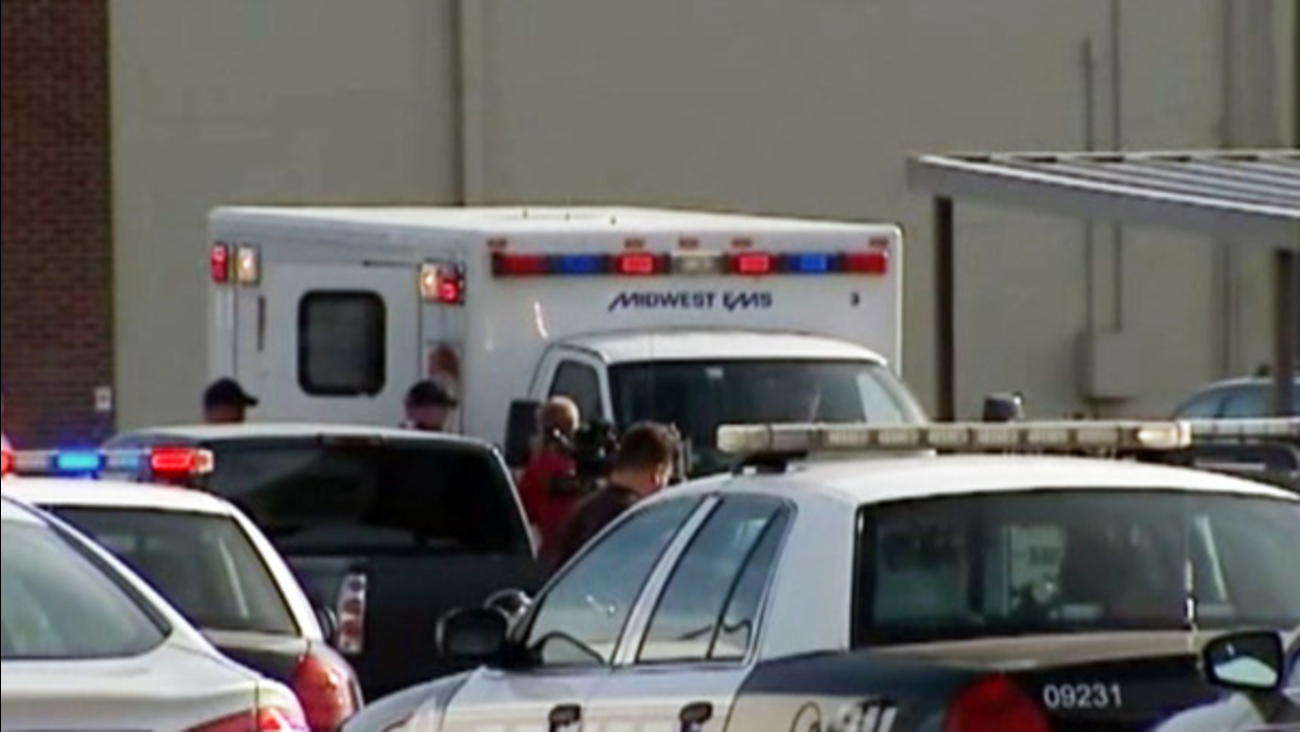 MOORE, Okla. (KFSN) -- A man who had been fired from a food processing plant in an Oklahoma City suburb beheaded a woman with a knife and was attacking another worker when he was shot and wounded by a company official, police said Friday.

Alton Nolen was reportedly fired from Vaughan Foods in Moore, Okla., and drove directly from the human resources office to another building in the facility and attacked two women in the front office, police said.

Nolen "became angry" after being fired, the Moore Police Department said in a statement.

"Yes, she was beheaded," Lewis told The Associated Press before a Friday news conference.

Lewis said Nolen then stabbed Traci Johnson, 43, a number of times before being shot by Mark Vaughan, a reserve sheriff's deputy and the company's chief operating officer.

While questioning the Nolen's co-workers, investigators learned he had recently started trying to convert several employees to Islam, Lewis said. Moore police have asked the FBI to aid in the investigation and look into the man's background because of the nature of the attack, Lewis said.

Johnson and the suspect were hospitalized and in stable condition Friday, Lewis said.

Lewis said he does not yet know what charges will be filed, adding that police are waiting until the man is conscious to arrest him.

Oklahoma Department of Corrections records shows Nolen has multiple religious tattoos, including one in Arabic that means "peace be with you."

A Vaughan spokeswoman said the company was "shocked and deeply saddened" by the attack.

Body found at Lake Piru believed to be Naya Rivera