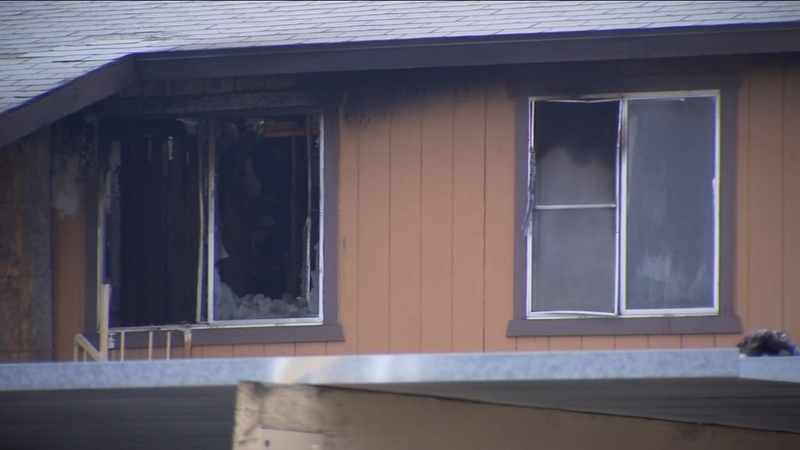 FRESNO, Calif. -- 34 people were displaced by a fire at an apartment complex in Mendota.

Firefighters from the Fresno County fire station responded to the fire at around 6 p.m. Sunday night.

The fire destroyed three units in this complex and smoke and water damage left others unlivable.

"When we showed up we did have one apartment on the second story fully involved with extension to the one next door and one below and fire in the attic running the whole span of the 8 plex," said Roger Raines, Fresno Co. Fire.

Red Cross units from Selma responded and put the displaced residents up in the Mendota Community Center overnight. Most found other places to stay. Some went to Mendota city Hall looking for assistance today but didn't want to talk to us.

One person sustained a minor injury.