Police arrest one suspect, search for another after burglary at Central Unified storage yard

KFSN
FRESNO, Calif. (KFSN) -- One man is in custody and the search is on for a second suspect in an early morning school burglary.

Surveillance video captured two suspects breaking into the facility and stealing tools from a storage shed. They were attempting to break into a truck when officers arrived. The suspects dropped the tools and ran.

Windfield was arrested at the scene and the other suspect got away.

An officer injured his hand while jumping over a fence but he is expected to recover.
Report a correction or typo
Related topics:
fresno countyburglaryarresttheftfresno countycentral unified school district
Copyright © 2020 KFSN-TV. All Rights Reserved.
FRESNO COUNTY

Business owners trying to figure out options after Gov. Newsom rolls back reopening of California 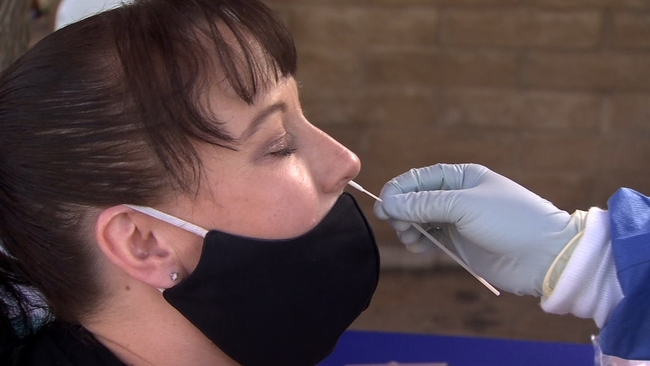