Trump administration announces tariffs on $50B in China imports 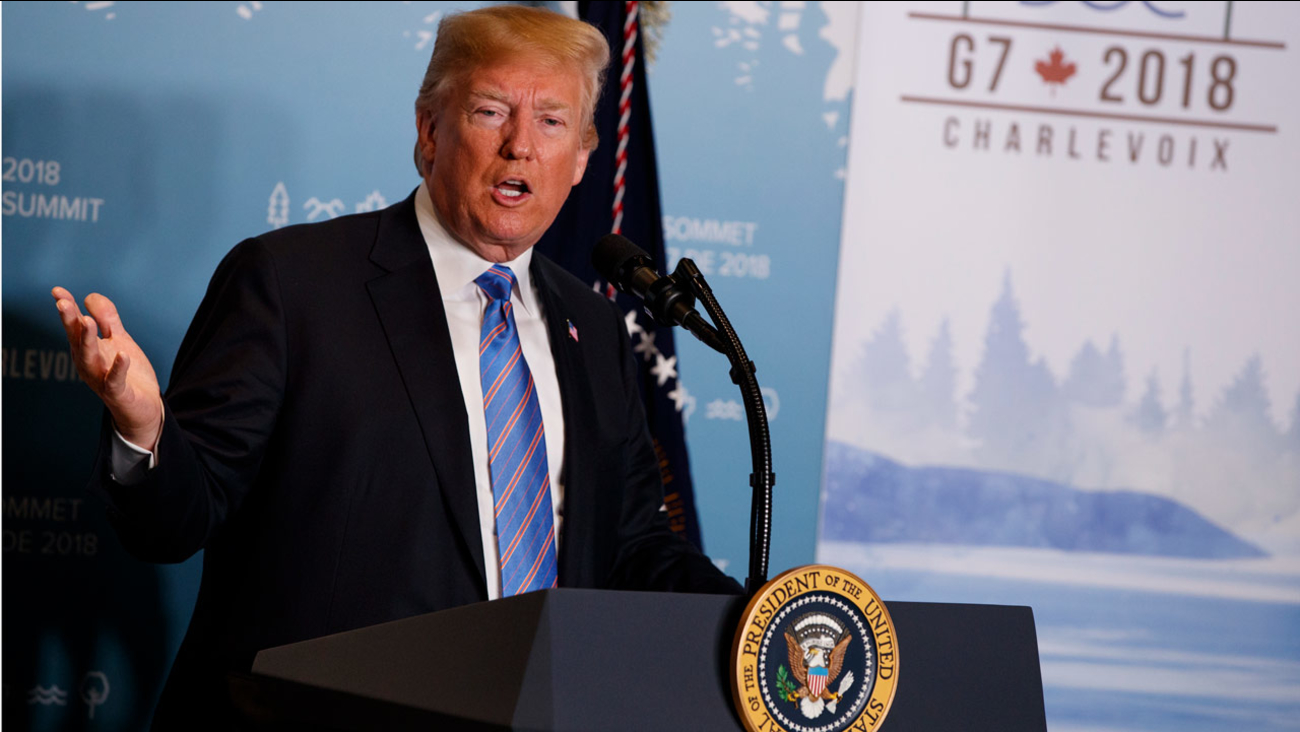 WASHINGTON -- The Trump administration announced a 25 percent tariff on up to $50 billion worth of Chinese imports on Friday, instantly escalating a trade dispute between the world's two largest economies.

China has said that it will retaliate with $50 billion in tariffs in response, rattling financial markets.

Trump has vowed to fulfill his campaign pledge to crack down on what he contends are China's unfair trade practices and efforts to undermine U.S. technology and intellectual property. During an impromptu appearance on the White House North Law, the president hailed his "very big tariffs" on China.

"You know we have the great brain power in Silicon Valley, and China and others steal those secrets. And we're going to protect those secrets. Those are crown jewels for this country," Trump said.

"'There is no trade war. They've taken so much," Trump said in an interview with "Fox & Friends."

The tariffs will cover 1,102 Chinese product lines worth about $50 billion a year. Those include 818 products, worth $34 billion a year, remaining from a list of 1,333 the administration released in April. The government will start to collect the tariffs July 6.

The administration also is targeting another 284 Chinese products, which the administration says benefit from China's aggressive industrial policies, worth $16 billion a year but won't impose those tariffs until it collects public comment.

"It's thorough. It's moderate. It's appropriate," U.S. Trade Rep. Robert Lighthizer said Friday on the Fox Business Network. He added: "Our hope is that it doesn't lead to a rash reaction from China."

Trump has already slapped tariffs on steel and aluminum imports from Canada, Mexico and European allies, and his proposed tariffs against China risk starting a trade war involving the world's two biggest economies.

Chinese foreign ministry spokesman Geng Shuang said Friday that China's response would be immediate and that Beijing would "take necessary measures to defend our legitimate rights and interests."

Geng gave no details. Beijing earlier drew up a list of $50 billion in U.S. products that would face retaliatory tariffs, including beef and soybeans, a shot at Trump's supporters in rural America.

Trump's decision on the Chinese tariffs comes in the aftermath of his summit with North Korean leader Kim Jong Un. The president has coordinated closely with China on efforts to get Pyongyang to eliminate its nuclear arsenal. But he signaled that whatever the implications, "I have to do what I have to do" to address the trade imbalance.

Wall Street has viewed the escalating trade tensions with wariness, fearful that they could strangle the economic growth achieved during Trump's watch and undermine the benefits of the tax cuts he signed into law last year.

The administration is also working on proposed Chinese investment restrictions by June 30.