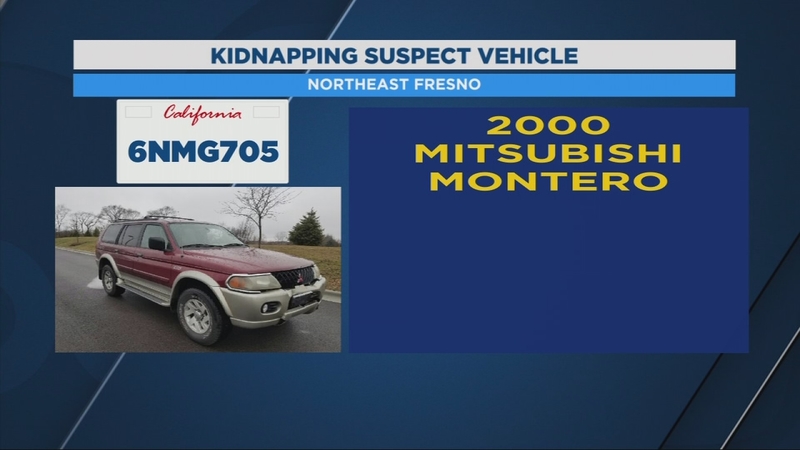 FRESNO, Calif. (KFSN) -- Fresno Police have confirmed that the car used in a kidnapping, carjacking, and robbery has been recovered. Police are still searching for the man responsible.

The incident happened near Fort Washington and Champlain in Northeast Fresno Friday morning. The 24-year-old woman was walking home with the child she was babysitting when she realized a man was following them.

Police said the man asked for water, then wanted money. When the nanny said she did not have any, authorities said the suspect forced his way into the house and threatened her at knifepoint. Officials said he then forced her to drive him in her car to an ATM to withdraw money out of her account.

Lt. Michael Brogdan with the Fresno Police said, "This is highly unusual, she was just out for a walk-- as far as we can tell the suspect is not known to her."

The woman eventually convinced the suspect to let her and the child go.

Authorities have not yet said where they located the nanny's maroon 2000 Mitsubishi Montero.