KFSN
By Brian Johnson
VISALIA, Calif. (KFSN) -- The trial of a South Valley man accused of murdering his baby daughter nearly six years ago is coming to a close.

Closing arguments started in department five of the Tulare County Courthouse today, almost a month after the trial of Aaron Rowe began.

Today, prosecutor Brenda Broker acknowledged that members of the jury had put their lives on hold for nearly two months (including jury selection).

Tuesday, Broker said Courtney didn't kill her daughter Peyton, but she didn't protect her from Aaron.

"He could pretty much do anything he wanted, and she would always defer to him," Broker said. "So pretty much she did whatever he said, or she was to accept anything that he did."

On the day Courtney went back to work in November of 2012, Aaron texted her, saying he had tripped over their dog and fell with Peyton to the ground.

But Broker says there's no evidence the fall happened, and if it did, it does not explain the injuries found on Peyton when she died a few days later.

Broker reviewed those injuries for the jury, including the bruising on Peyton's ear and face, her severe head and brain injuries, and the multiple fractures throughout her body.

Some of them, like the broken ribs, were already healing.

The doctor who performed Peyton's autopsy determined she died of cardiac arrest with minutes of blunt force trauma.

"They weren't self-inflicted or anything like that," Broker said. "It had nothing to do with a medical condition; these are all inflicted injuries."

Despite her turner syndrome diagnosis, prosecutors say Peyton was a healthy baby.

A doctor for the defense has previously testified that he does not believe Peyton was abused.

The defense has said Aaron was a loving and caring father, but prosecutors argue there was abuse, and that the pictures shown in court are deceiving.

If convicted of first-degree murder, prosecutors will argue for the death penalty in the next phase of the trial. 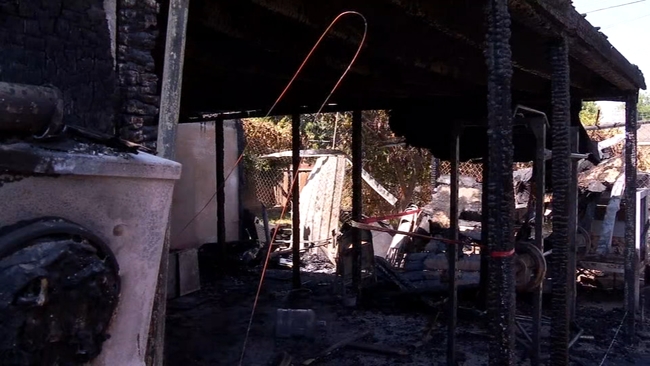