KFSN
By Nathalie Granda
MERCED, Calif. (KFSN) -- Raul Moreno, a former Merced pastor, was recently found guilty on several counts of attempted murder for shooting his two adopted daughters and one other person in 2016.

He was supposed to be sentenced on Monday, but the case was continued because his attorney says they plan to file a motion for a new trial.

Defense attorney Kathy Lynn Trosclair says there was a series of discrepancies throughout the trial, including contradicting testimonies, problems with jury forms, and missing paperwork.

"During the first week of trial, we received two new reports from the District Attorney that had previously not been disclosed to us."

Trosclair also pointed to a 2015 report that stated that one of Raul Moreno's daughters said that she was pregnant by her father, but during the trial said that she never had sex with him.

The actions led to a heated exchange in the courtroom, with deputy district attorney Scott Drexel saying the defense shouldn't have waited this long to make their concerns known.

"We show up, and the defense attorney says, 'I want to be relieved because he can not afford to file a motion for the trial.' Well, I would have liked that motion filed earlier, or a motion to continue filed earlier. So yes, it was upsetting."

Raul Moreno's face was emotionless in the courtroom Monday.

He never said a word, but Brianna said plenty as she read out her final words to the man she used to call her father.

"I miss my family, and I am always going to miss my parents. You hurt me so much, Dad."

In the end, the judge granted a month-long continuation to allow a new public defender to look over the transcripts to determine if there are errors that warrant a new trial.

Moreno will be back in court on August 6.

Despite the delay, Brianna still feels like justice was served.

"I have to continue and push forward, no matter how hard it is, you have to keep pushing forward no matter what."
Report a correction or typo
Related topics:
mercedmercedattempted murder
Copyright © 2020 KFSN-TV. All Rights Reserved.
MERCED 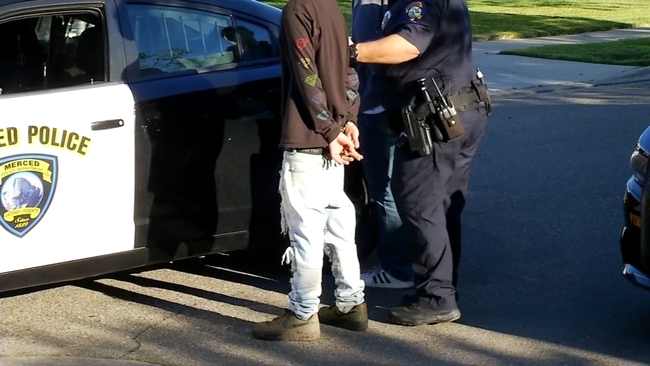