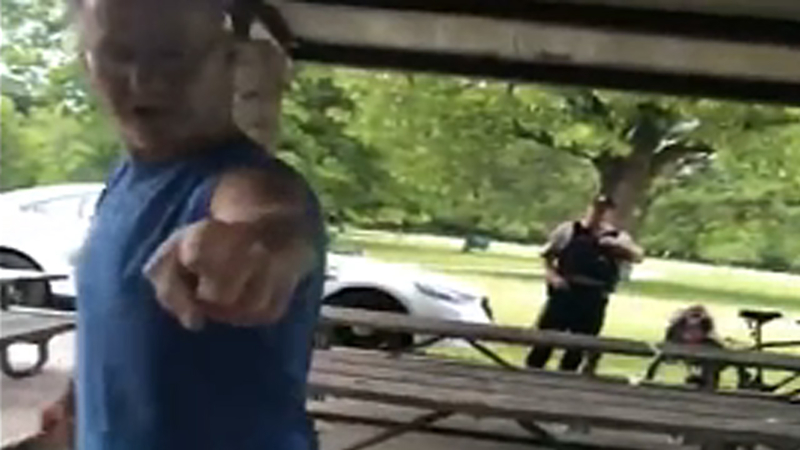 CHICAGO, Illinois -- A park police officer in Chicago has been assigned to desk duty while officials investigate his response to a woman who said she was being harassed for wearing a shirt with the Puerto Rican flag.

The woman complained that a man at Caldwell Woods was questioning her citizenship and telling her she shouldn't be wearing the shirt.

Puerto Rico is a U.S. commonwealth. Video of the June 14 incident has since gone viral and shows the officer didn't respond.

More officers arrived and arrested the man, who was described as drunk.

Caldwell Woods is part of the Forest Preserves of Cook County. The agency tweeted Monday that an investigation of the officer is ongoing. It says all visitors should feel safe.

We are aware of the the June 14 incident and video. After the incident, we immediately launched an investigation pursuant to our personnel policies into the response of our officer.

All people are welcome in the Forest Preserves of Cook County and no one should feel unsafe while visiting our preserves.

The investigation is ongoing and the officer involved has been assigned to desk duty pending the outcome. The intoxicated individual involved in the incident was arrested and charged with assault and disorderly conduct.