Suspect dies after being shot by Los Banos Police 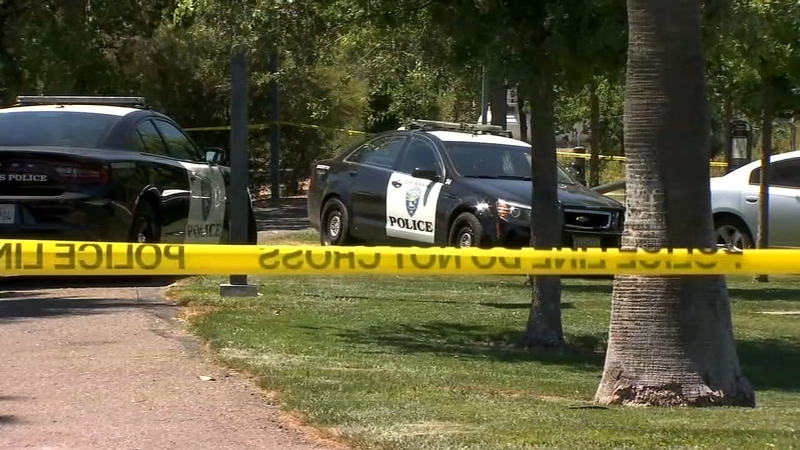 Suspect dies after being shot by Los Banos Police

LOS BANOS, Calif. (KFSN) -- The man involved in a shooting with Los Banos Police has died.

The shooting happened shortly after noon Wednesday near the Los Banos Community Center.

Los Banos Police Chief Gary Brizee says a landscaper encountered a man who claimed he had a gun.

When officers arrived, Chief Brizee says the man was uncooperative and failed to follow basic commands.

Then they say the man suddenly lifted his shirt and drew a handgun without warning.

One of the two officers fired a round at the suspect and hit him in the stomach.

A replica handgun was recovered at the scene.

#BREAKING Los Banos Police chief confirms that the suspect has died. He displayed this replica handgun at officers. One officer fired. More details at 6 @ABC30 pic.twitter.com/aDUBJgumw2

The officers were wearing body cameras, but the footage isn't being released at this time.