4 arrested after delivery driver shot at during prank pizza order 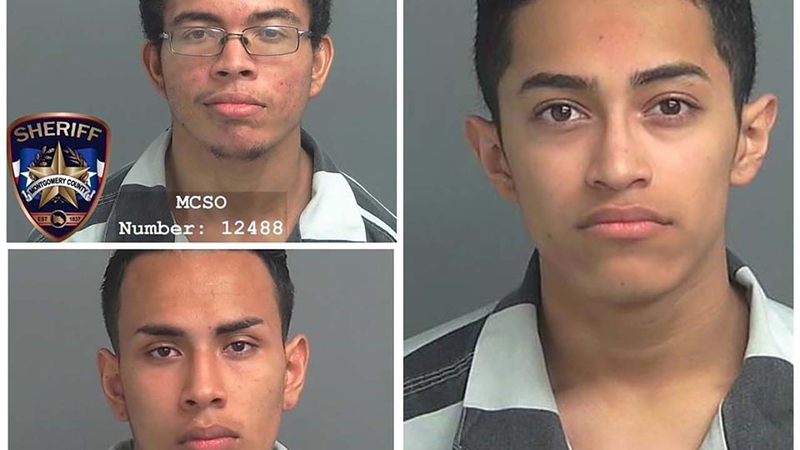 MAGNOLIA, Texas -- Four people have been arrested after a woman trying to deliver a pizza to a home in Magnolia was shot at by masked men.

Deputies have arrested Jonathan Gomez, 19, Brandon Ramirez, 19, Miguel Mares, 18, and a 16-year-old male in connection to the crime.

According to the Montgomery County Sheriff's Office, a woman working for Pizza Hut tried to deliver a pizza to a home in the 29500 block of Tanglewood Road on Tuesday.

When she rang the doorbell, the woman says the homeowner answered the front door by remote from another location and said he hadn't ordered any pizza. He ordered her off his property.

The Pizza Hut employee left, and as she drove away onto Highland Boulevard, she saw a dark-colored Chevy Tahoe driving toward her. The SUV, registered to Gomez, then blocked the entire roadway.

The woman says two people got out and walked toward her. One of them was holding a gun.

As the woman put her vehicle in reverse and backed up, she said she heard one gunshot.

After fleeing, the delivery driver got a safe distance away, hid under a house and called 911.

The Pizza Hut delivery employee had a dash mounted camera in her vehicle which captured the incident.