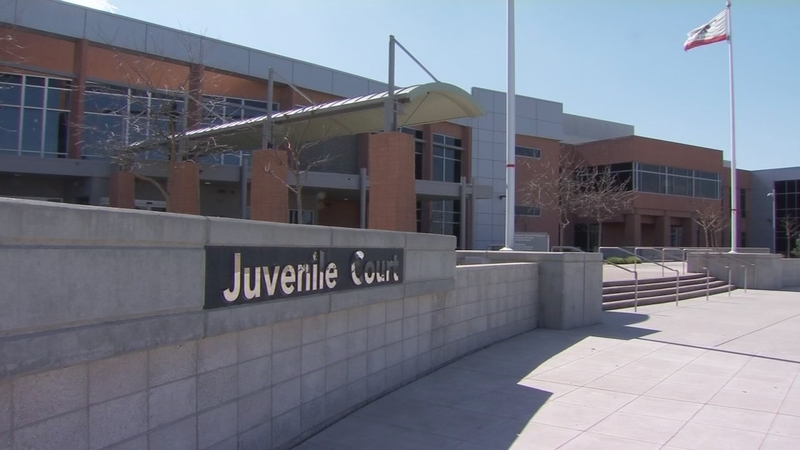 FRESNO, Calif. (KFSN) -- The victim's tearful mother told the court her pain will last the rest of her life. Cameras weren't allowed inside during the sentencing of four boys who pleaded to their role in the robbery of Mari's Jewelry and Stereo store last August.

Two other teens- who also pleaded to the robbery at Mari's Jewelry in SE Fresno got the max of 5 years in custody at the state detention center for youth, also known as the Department of Juvenile Justice Center. The alleged getaway driver got 4 years in the same facility.

The youngest suspect, just twelve years old at the time, was spared going away to the equivalent of state prison for juveniles. Instead, he will remain in custody for a year, then released on probation.

The judge could only sentence the teens to a maximum of five years, two of them received the maximum. Fresno police say both teens entered the store along with the alleged shooter, prior to the homicide.

Gerald Schwab was hoping his client would be released and placed on probation.

"Although we are disappointed in the decision to not have him locally, this is a minor that at the beginning of this case was very cognizant of the fact that he was facing the rest of his life in prison," Schwab said.

The alleged getaway driver was sentenced to four years at the state facility. While in custody, he has earned his diploma, completed a substance abuse program and anger management course.

Prosecutors agreed to drop the murder charge and keep the proceedings in juvenile court- as long as the four young defendants agreed to plead to PC 211, armed robbery. The alleged gunman is 18 and facing 187 charges in Fresno Superior Court.

Several of the teens did stand up to apologize for what happened August 5 and a few said they took full responsibility. The judge reminded them they will all have the opportunity to have a full life and the victim will not.
Report a correction or typo
Related topics:
fresno countysentencingmurderrobberyjewelry theft
Copyright © 2021 KFSN-TV. All Rights Reserved.
SENTENCING
Parents speak out after son sentenced to life for killing Italian officer
Chauvin placed in segregated housing unit while waiting sentencing
How long will Chauvin be sentenced? Floyd family lawyer weighs in
Merced mom angry, hurt over sentence for daughter's killer
TOP STORIES
Fire near Millerton Lake 26 acres, 30% contained
Appeals court blocks overturn of CA's assault weapons ban
One killed after water tank ruptures in Lemoore
Two young girls killed in DUI crash in Porterville, police say
2 arrested for shooting man during Merced motel robbery
New model projects COVID-19 resurgence in 3 months
Local fire officials seeing increase in illegal fireworks
Show More
Child tax credit: Will you be getting monthly payments?
Republicans ready to block elections bill in Senate showdown
Walgreens giving out rewards cash as in-store vaccine incentive
Pitbull coming to Fresno's Save Mart Center in September
Man who possibly drowned at Fresno waterpark remembered
More TOP STORIES News