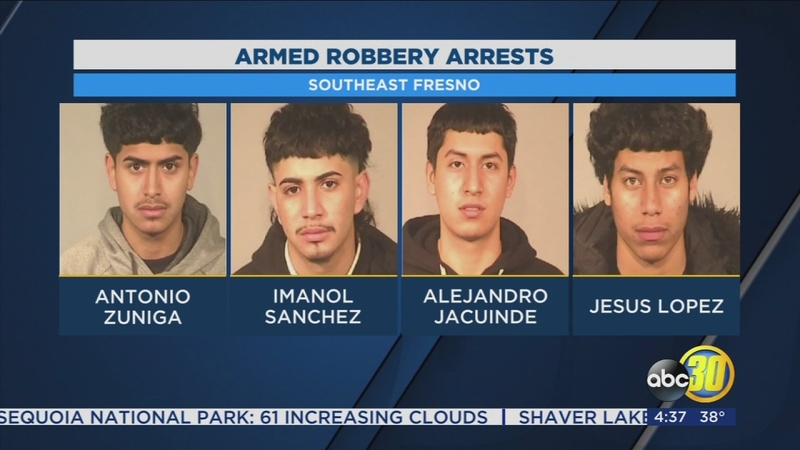 4 men and teen in custody after robbing student at gunpoint

FRESNO, Calif. (KFSN) -- Four men and a teen are in custody accused of robbing a student at a bus stop in Southeast Fresno. It happened just after 6:30 Thursday morning.

The victim told police she was at a bus stop near Roosevelt High School at Tulare and Barton waiting for her school bus when one of the five suspects appeared and stole her phone.

Moments later, a different man appeared demanding her password at gunpoint. She gave him her information, and the suspects drove off.

Officers were able to catch them a few miles away at a convenience store at Belmont and Sixth.

Through their investigation, two other robberies were determined to be related to the suspects in this case.