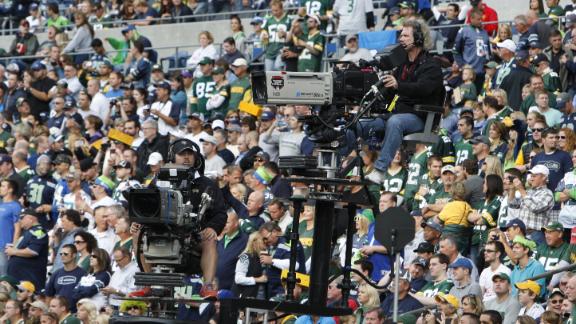 Despite all the off-the-field issues, including its handling of the Ray Rice assault case, the NFL says viewership numbers show that the masses are still very interested in watching games on television.

NFL games make up 28 of the top 30 TV shows since the season started Sept. 4, the league announced Thursday. The only shows in the top 30 that weren't NFL games were Game 7 of the World Series on Fox (12th-most watched) and an "NCIS" episode on CBS (27th).

The most-watched NFL game was the matchup between the Dallas Cowboys and the Seattle Seahawks on Oct. 12, viewed by 30 million people.

Among the top 15 most-watched NFL games this season, the team that has been featured the most is the Denver Broncos, who have been on one-third of those broadcasts. The Cowboys, Seahawks and San Francisco 49ers have appeared four times each.

An NFL game has topped the weekly viewership charts for all 11 regular-season weeks this year, the NFL said.

The only recent competition for the NFL is AMC's "The Walking Dead," which has beaten NBC's "Sunday Night Football" in the ratings in the 18-to-49-year-old demographic for three straight weeks.