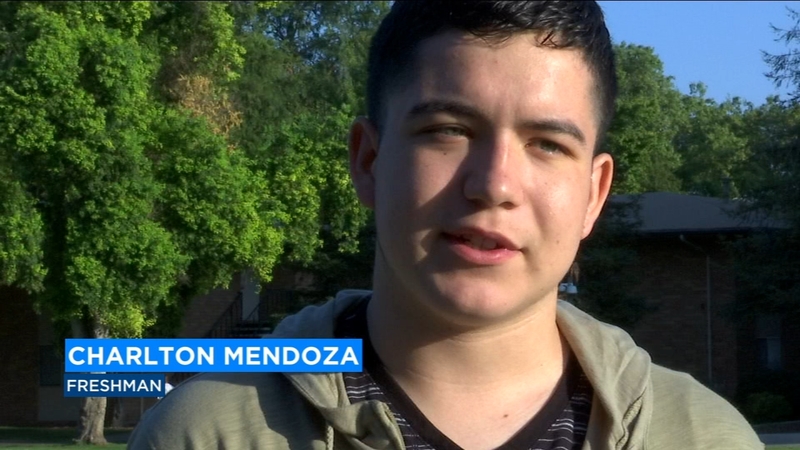 FRESNO, Calif. (KFSN) -- Students at Fresno Pacific Universities fueled up for one of the most important days of the year on Monday morning-- the start of the fall semester.

Freshman Camille Sanchez has been waiting for this day all summer long.

"I was having trouble sleeping last night because I was so nervous," said Sanchez.

But a little nerves won't stop her from achieving her academic goals.

"I like to write, so I am excited to go to my intro to Lit. class and I am just excited to get the year going," said Sanchez.

The Christian University has campuses across the Valley, including Merced, Visalia, and Bakersfield.

This year Fresno Pacific is on track for record enrollment. So far a little more than 4,000 students are attending. President Joseph Jones said they expected that number to increase over the next few days.

"Enrollment has struggled, but over the last three years, it's increasing. Last year was nice because it was also a record," said Jones.

Contributing to the growing student population is Fiona Mukiza who's all the way from Rundu, Africa.
"It is kind of hard to find a Christian school in America and I love FPU for that," said Mukiza.

Charlton Mendoza from Tracey says the same thing drew him to the University.

"That kind of feeling where everyone knows you. Everybody cares for you, that is just something I wanted to find again, while also getting educated," said Mendoza.

Currently, the school is working on a master plan, which would look at adding art and cultural center. They are also looking at ways of advancing pre-med and medical programs as well as other ways students can become more engaged in the community.