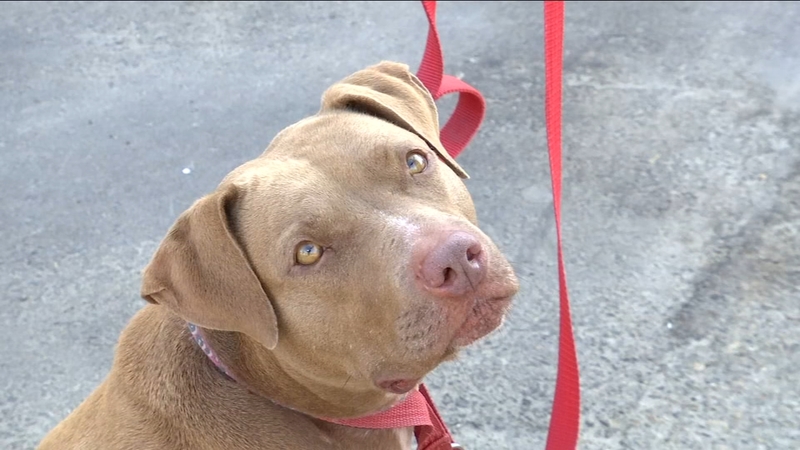 FRESNO, Calif. (KFSN) -- Every morning Team Boss gets up early and meets at the Animal Compassion Team headquarters in Fresno to walk shelter dogs.

"We go for about two miles and there is nothing better than to start your day with wagging tales," said Barbara Rodiek, Team Boss co-founder.

But they are getting more than just exercise, they're also being socialized and learning manners.

"He didn't want to be on a leash, he wouldn't take treats, he wasn't social with other people or other dogs. A year and a half later he's a happy little guy that prances along," said volunteer Doug Gray.

"I like to say she is large and in charge, and she's not afraid to tell you what she wants," said Rodiek.

She was adopted twice, but ran away each time and ended up right back where she started. Anytime Boss found herself in a kennel she had major anxiety problems.

"When she was inside of the kennel, she would actually try to climb up on top of the kennel and just perch herself and we would get up and carry her down," said Gray.

To relieve the stress volunteers decided they would walk her each morning and over time they saw a change. It was a such a success they started including other dogs with social and behavioral issues. Thus Team Boss was born.

"Boss walks have been an incredible change for her and the most amazing thing is, it is not only changing her life, it has changed all of ours and so many other dogs," said Rodiek.

That change transforming dogs into man's best friend and helping them find a forever home.