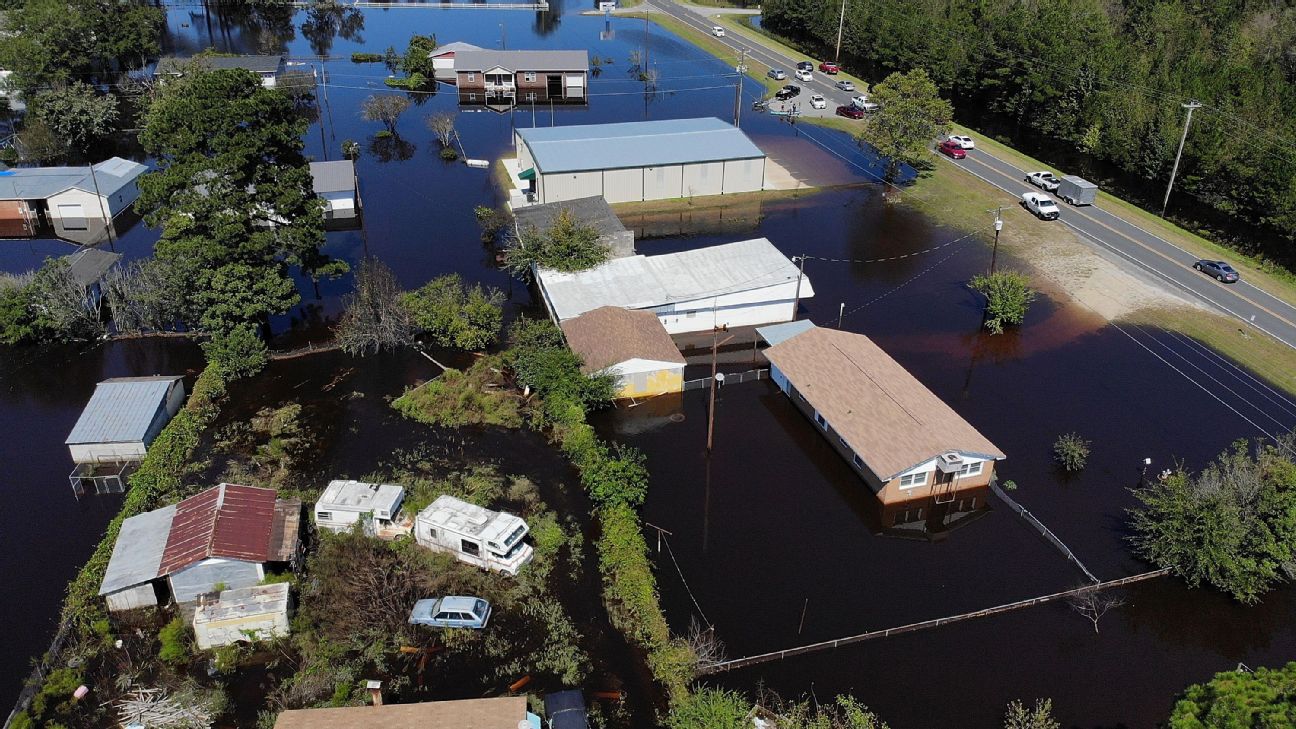 Paul, a native of Winston-Salem who attended Wake Forest, donated $25,000 to get the donations started, and the league's players association also gave $25,000.

Curry, who grew up in Charlotte and went to Davidson, tweeted details about the fundraising effort.

Wall grew up in Raleigh.

It has been five days since the storm made landfall, and with the remnants of Florence now out to sea, residents in the Carolinas and Virginia are still recovering from torrential rains that left dozens dead along with widespread destruction and injury.

At least 37 people have died in the three states, including two women who were being taken to a mental health facility when the van they were riding in was engulfed by floodwaters from the Little Pee Dee River in South Carolina, authorities said.

Nearly 3 feet of rain fell in places, and dozens of cities had more than 10 inches of rain. Roads remained dangerous on Wednesday, and some were still being closed as swollen rivers emptied toward the ocean.

North Carolina officials said some 7,800 people remained in shelters, down from about 10,000 on Monday, despite Gov. Roy Cooper's plea to stay put.