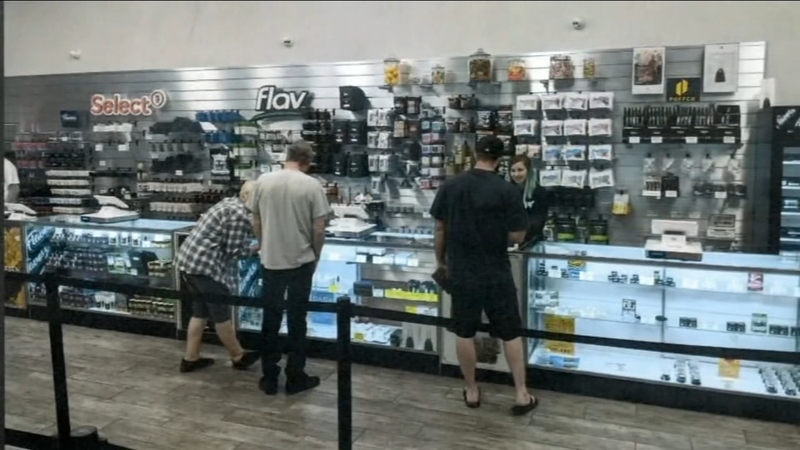 MERCED, Calif. (KFSN) -- Four dispensaries are approved to come to Merced, and some could open their doors by the end of the year:

The approval comes after two nights of public hearings.

#NEW : Following the public hearings, The Merced Planning Commission approved the 4 top/picked dispensaries. These renderings are what they could look like when finished! 1st is Blue Fire, 2nd is Green Door, 3rd Manzanita,& 4th is Harvest of Merced @ABC30 pic.twitter.com/K9bCCik3QV

All four of the businesses plan to have extensive video and alarm security systems, with hired security during operating hours. City officials say during the meeting, however, an applicant named Medallion Wellness spoke against the 4th highest ranked dispensary, The Harvest of Merced, because of its location.

"They are concerned that the location for Harvest of Merced might be too close to a school, so they sent some information for the commission to consider. They did review it, they did respond to questions and ultimately voted to review the application," McBride said.

The Merced County Office of Education did confirm there is an elementary school site near potential dispensary site on 15th Street.

The owner of the fifth highest ranked applicant, Medallion Wellness, stated in an email to Action News that the company plans to do their own independent investigation before they decide to appeal the planning commission's approval of the fourth dispensary, The Harvest of Merced.

Other applicants are not too happy with the winners.

Charles Veilleux, the owner of the Stone Bowl, was hoping to open a medicinal dispensary. It cost him about $10,000 to apply. He was under the impression local business owners would get additional points but said the dispensaries chosen are all from out of the area.

"That to me seems like they're showing favoritism how much many can you put into the community, rather than supporting local businesses that have been struggling to make a living," said Veilleux.

People can appeal any of the four choices before Thursday.

If there is an appeal, there will be hearing with the city council within 30 days, and councilmembers will ultimately make the final decision.