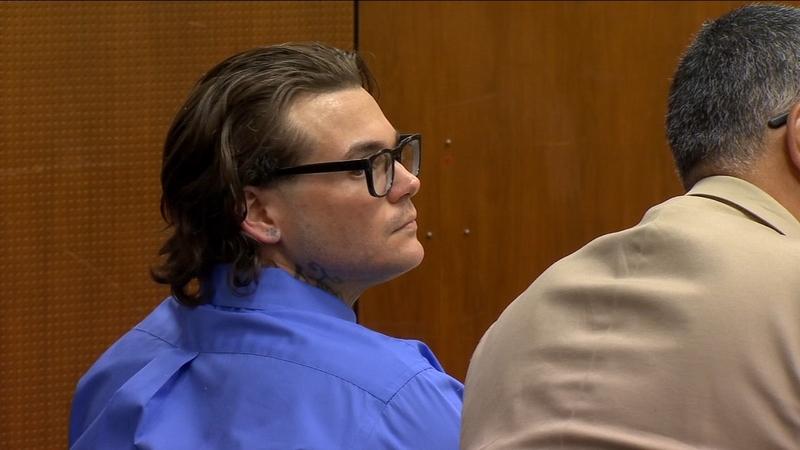 FRESNO, Calif. (KFSN) -- James Dean was defending his girlfriend last year when prosecutors say he brought a gun to an argument. A nearby neighbor testified she heard arguing outside her apartment and eventually went outside to witness a homicide.

"He came out with one of the arms and just cocked it and went like this and just shot," said witness Jeanette Green.

Victim’s tearful daughter who died defending her is on the stand in the trial of James Dean. He’s accused of shooting Jay Velasco to death last summer during a custody dispute. Alyssa Velasco said her mom wouldn’t give her her daughter and her dad was helping retrieve the child pic.twitter.com/gAS9u4UCCH

Alyssa Velasco cried when prosecutor Robert Romannace showed her a picture of her father. The judge asked we not show you the faces of civilian witnesses.

"They were arguing. Whose they? My mom and my dad."

Emotions were running high last July when Alyssa went to get her daughter from her mom. But when she got there, she claims her mom wouldn't give her daughter. So, she started crying. Alyssa's dad was with her and went to confront his ex-wife. But police say out of nowhere her mom's boyfriend James Dean got in the middle of the things.

"Somehow my dad started arguing with Jimmy. And then it got too violent," said the victim's daughter Alyssa Velasco.

Alyssa was standing there when she says her mom's boyfriend pulled out a gun and fired at her dad. She still remembers the last thing her dad said when a bullet pierced his mid-section.

"When he got shot, all I remember he saying is I'm going to die, mom. And he grabbed himself. And then stumbled," said Velasco.

Alyssa followed screaming. She said he rolled and she picked up her dad's head while the suspect ran away. Officers found him a day later. If convicted, he could spend the rest of his life in prison.

The trial is expected to end early next week.