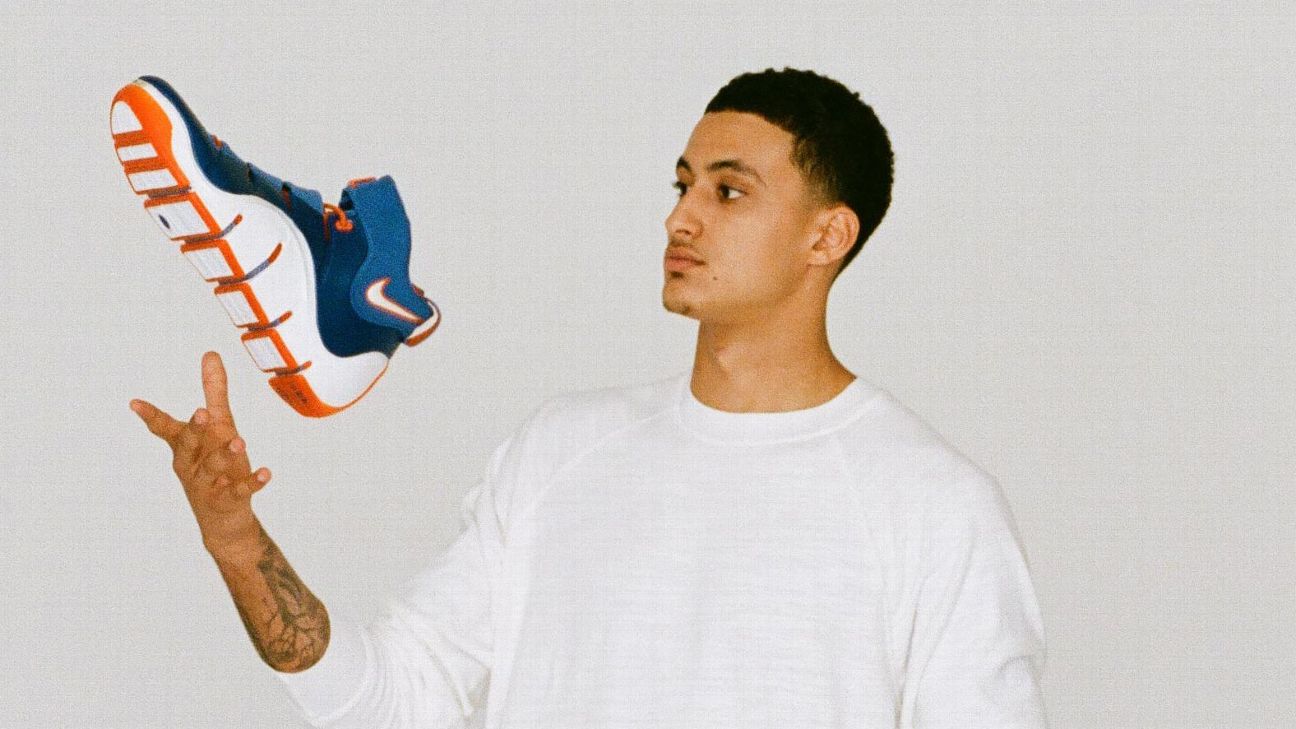 Los Angeles Lakers forward Kyle Kuzma is taking a dramatic step this season to step up his sneaker game, becoming the first player to partner with a footwear-reselling app to expand his access to rare and limited edition shoes on a nightly basis.

"Now that the NBA has removed restrictions on the colorways we can wear on court, I can be as expressive as I want," Kuzma said.

Kuzma, currently entering the final season of a shoe deal with Nike, is the first brand ambassador for the GOAT app. He'll continue to wear only Nike brand products throughout the season, and he also is expected to use the app partnership for his pregame arena-arrival footwear.

As social media and real-time interest around the game continues to explode, league players have looked to showcase their style and personality through their sneakers more than ever before.

The app's online marketplace boasts a user base of more than 10 million consumers who shop from among its 600,000 listings for coveted vintage sneakers, often selling for thousands of dollars each.

The sneaker competition around the league has only escalated in recent seasons.

Kuzma's newest high-profile teammate, LeBron James, wore 51 different versions of his Nike LeBron 15 shoe last year. Houston Rockets forward PJ Tucker laced up 106 different pairs over the course of the season, even admitting that he spent roughly $200,000 tracking down the many limited edition pairs from a variety of stores.

For Kuzma, who still is playing on his rookie contract with the Lakers, the new partnership will allow him to bypass the mounting prices that rare sneakers can cost on the secondary market and also provide him with a chance to create a frenzy around his footwear on a nightly basis.

"As a kid, I always loved sneakers and style," Kuzma said. "But growing up in Flint [Michigan], I didn't have a whole lot -- so I would admire all the new releases from afar."

He is expected to still headline some new releases from Nike, such as select colorways of former Lakers great Kobe Bryant's continuing Kobe AD line. Kuzma also will be wearing older Kobe and LeBron models, with zero regard for matching the team's uniforms.

"When I joined the Lakers and moved to L.A., I started getting more serious about collecting sneakers and dressing from the feet up," Kuzma said.

As for Tucker, the unanimous reigning "sneaker champ" -- yes, players really compete for such a claim -- he doesn't feel he'll be losing his title anytime soon.

"There's no pressure, because nobody can beat me," Tucker told Bleacher Report. "They can't. It's impossible."

With his innovative partnership in store for the season ahead, Kuzma certainly will try. Expected to be one of 2019's top sneaker free agents next fall, the added visibility and excitement around his shoes should only elevate his profile and interest from competing sneaker brands.

"There are endless possibilities for what I can wear on and off the court," Kuzma said. "Be prepared to see some serious heat this season."
Report a correction or typo
Related topics:
sportsespnsneakersnikeresellingsponsorshipgoatnbakyle kuzmalos angeles lakers
Copyright © 2020 ESPN Internet Ventures. All rights reserved.
More Videos
From CNN Newsource affiliates
TOP STORIES