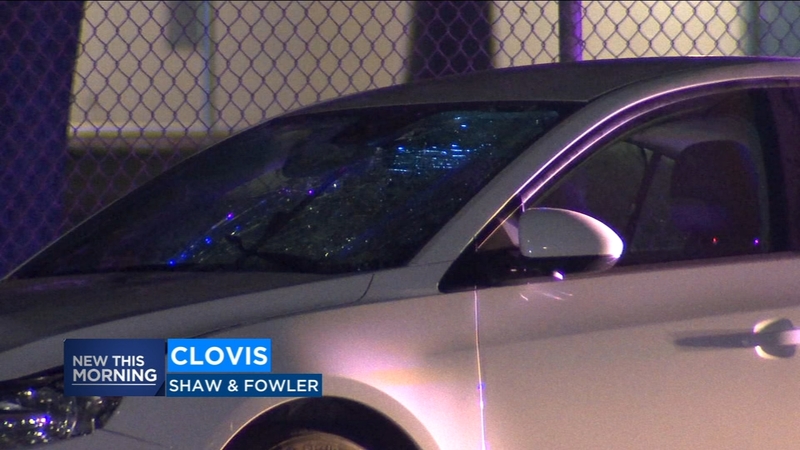 CLOVIS, Calif. (KFSN) -- Two people are in the hospital after being hit by a car in East Clovis.

It happened Sunday just before 11:30 p.m. at the intersection of Shaw and Fowler.

Police say two people were standing in the middle of the crosswalk on Shaw, and say they didn't know what direction they were headed.

At the time, a car was driving westbound on Shaw at about 40 miles per hour.

The driver did not see the two and struck them both in the roadway.

The driver stayed at the scene.

A witness flagged down an officer and they called for help.

Officers would like to remind people to be aware of where they are, especially while walking through crosswalks at night.
"Really important, especially out late at night is to abide by the signals. So you think that there's no traffic or what nor, still wait until the crosswalk signals are ok for you to cross," said Sergeant Iri Guerra, Clovis Police Department.

The victims were taken to Community Regional Medical Center.

Their conditions are not known at this time.