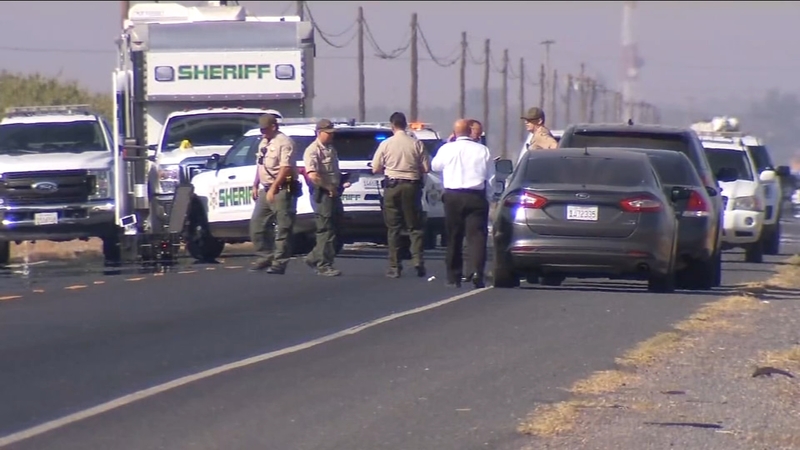 While searching the property where the shooting happened, detectives found a marijuana grow. They also discovered recording surveillance cameras on both the shop and living quarters. The cameras were confiscated.

The man and woman were found around 7:30 a.m. near Highway 137 and Road 180.
CHP says a woman who had been shot came out of an orchard asking for help.

Several people passing by stopped to help and called 9-1-1.

Lindsay Police were first on the scene, and after searching the orchard, they found a man dead of gunshot wounds.

Helicopter circling the skies as @TulareSheriff searches for shooting suspect/s. One man is dead, a woman has been brought to the hospital. @ABC30 pic.twitter.com/jBD2x1jFVb

The woman was flown to the hospital. Her condition is unknown at this time.