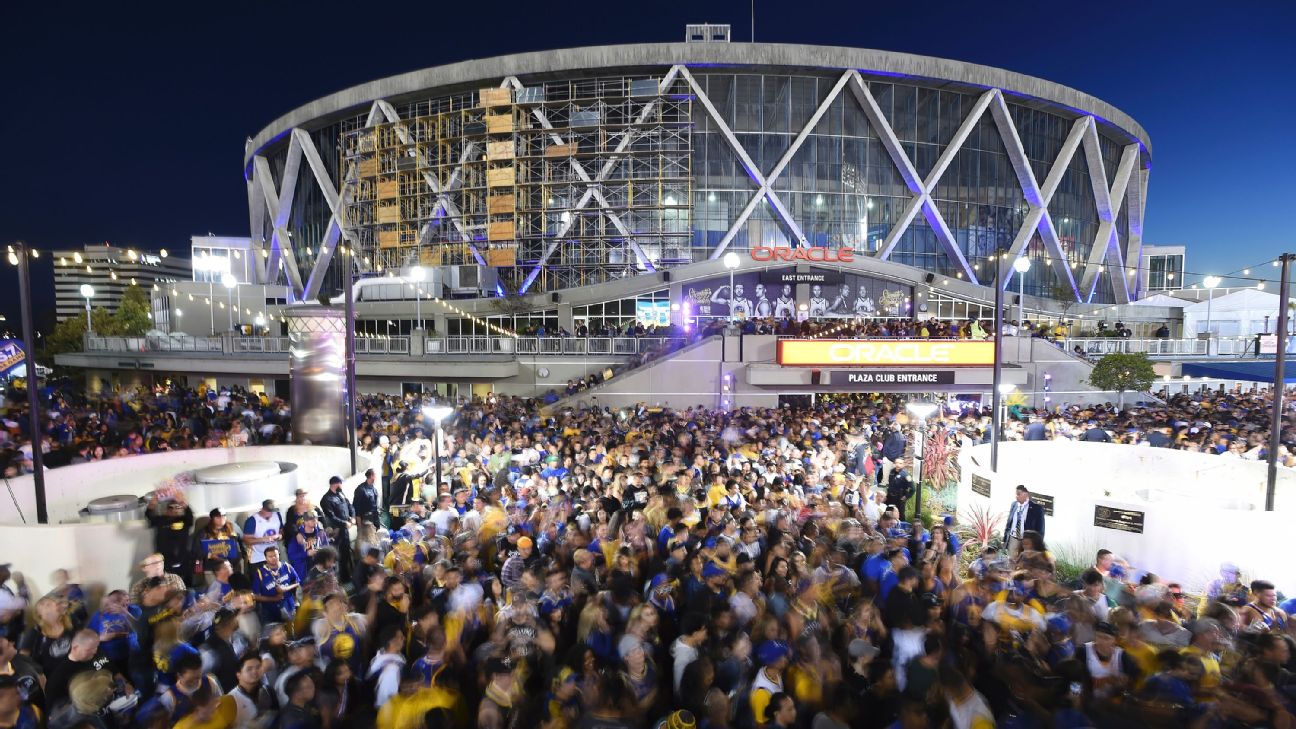 SAN FRANCISCO -- The Golden State Warriors were ordered to pay roughly $40 million for renovations at the Oakland arena they are leaving, authorities said Monday.

The government agency that manages the Oakland arena took out a $150 million bond in 1996 for basketball renovations that the team agreed to help finance with annual payments.

But the Warriors said their debt obligation ends when they terminate their lease and leave Oakland for San Francisco at the end of the season. The team and the Oakland-Alameda County Coliseum Authority agreed to have an arbitrator rather than a judge decide the dispute.

Arbitrator Rebecca Westerfield said the team was wrong and agreed to pay for the renovations in 1996. She ordered the team to continue making payments until the bond is paid off in 2027.

The Warriors make annual payments of about $7.5 million to the authority, which manages Oracle Arena as well as the nearby Coliseum, home to the NFL's Raiders and Major League Baseball's Athletics. The authority uses the team's payment to help pay down the 30-year bond it used to upgrade a rundown facility.

"We all love the Warriors and appreciate their success on the court,'' said Larry Reid, Oakland City Council president and Coliseum Authority vice chair. "However, the taxpayers of our community should not be on the hook for debt incurred and renovations completed at the Warriors request.''

The team said it disagreed with the ruling.

"Of course we are reviewing our options at this time, but as we've always said, we will fulfill any debt obligations that we owe,'' Warriors spokesman Raymond Ridder said.