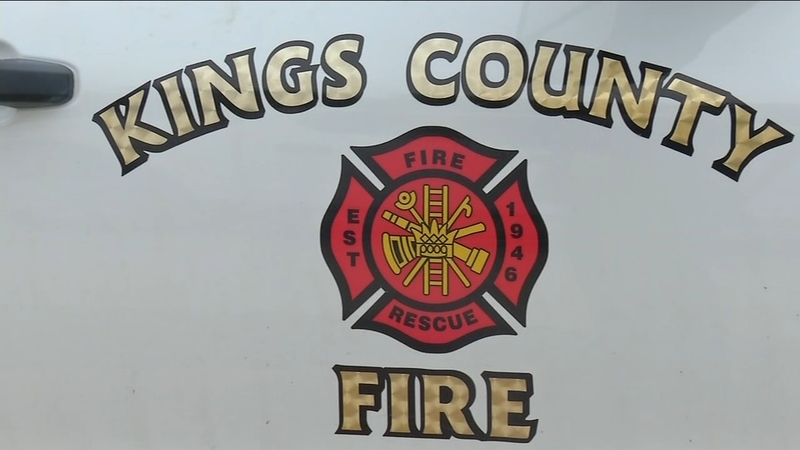 You might say Chris Gerking is a master at hanging Christmas lights.

After he's done with his house, he'll work on his stepson's place, and probably help some friends with theirs too.

You'd expect a veteran firefighter to be resting on his day off, especially after his most recent assignment.

Earlier this month, he was sent to Southern California, where he served as a safety officer on the Woolsey Fire--making sure those on the front lines were aware of hazards, staying hydrated, and driving safely.

"Your head's down, dirt's flying, and a lot of these line positions, that's what they're doing," Gerking said. "I guess the safety officer at least in the line position has got kind of a 5,000 foot view of all of (it). We're looking out for all of the people in that division or that branch."

After a couple of days in Malibu, Gerking was told he was needed in the same capacity in Northern California, at the Camp Fire.

He drove his truck straight there.

Though the deadly blaze is nearly contained, it left the city of Paradise in ruins.

Gerking has been with Kings County his entire fire career-35 years.

He tells younger firefighters-some of whom were also at the Camp Fire-to be mindful of their surroundings, and encourages them to talk about the tough parts of the job.

But he doesn't ever have to motivate them.

If anything, he says, he'll sometimes need to pull them back.

Gerking ran into his stepson at the Camp Fire.