Woman and her 5 dogs rescued from burning bedroom, firemen still looking for her cats 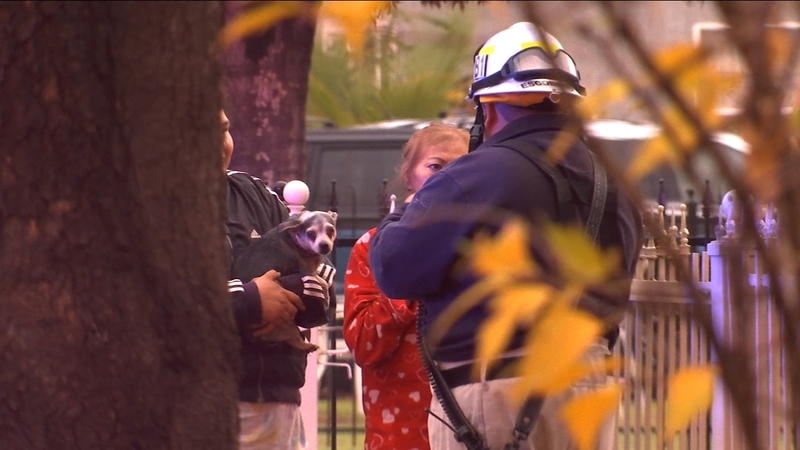 Woman and her 5 dogs rescued from burning bedroom, firemen still looking for her cats

FRESNO, Calif. (KFSN) -- A Fresno woman can thank a neighbor and Fresno Police for their heroic actions. Officers rescued her from a burning bedroom on Friday morning.

Investigators said the woman was using candles to help heat her room.

Someone walking their dog through the neighborhood noticed fire and smoke coming from a bedroom and called 911.

"Our officers arrived here first and while the room was on fire, they were able to rescue her from the house," said Battalion Chief Tony Escobedo.

Escobedo said crews were able to contain the fire to just the bedroom. The woman lived alone but had several pets.

"She did suffer smoke inhalation. She was treated at the scene and released. She also reported about five dogs trapped in the house. We did rescue all five animals," he added.

The woman did not wish to be interviewed. She also owned a couple of cats that firemen were looking out for.

"I'm glad people were up. Sounds like a good neighborhood to live in. Neighbors keeping watch of your house. This lady's lucky today somebody was watching after her," he said.

Investigators discovered the woman lit several candles in an effort to stay warm. They believe the dogs may have knocked a candle off the headboard, causing the bed and curtains to catch fire.

Investigators said the woman tried to use the dogs' water bowls to put out the fire but was unsuccessful.