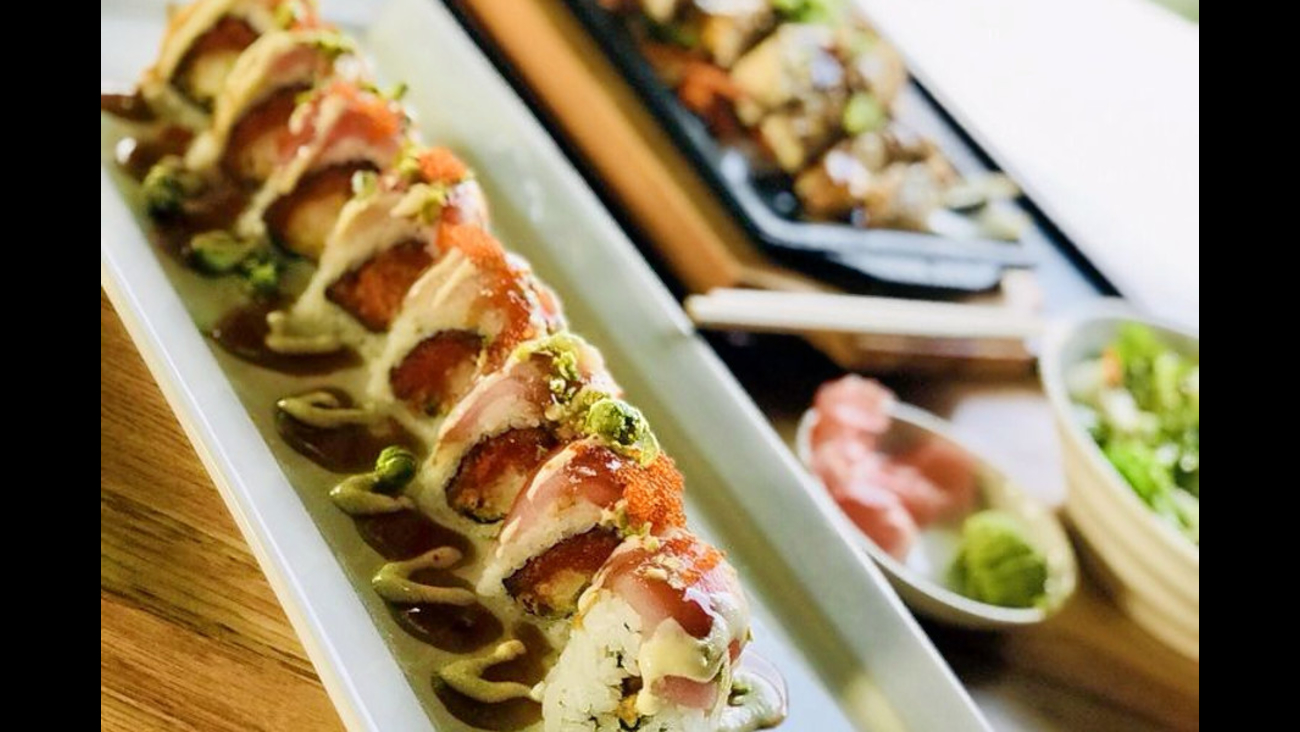 Nothing beats sushi--and if you're in the mood to enjoy it in Fresno, we've found a lineup of places that will excite your appetite. Here are the newest places to check out the next time you're in the mood for some fresh-caught fish.

Toshiko Ramen and Sushi Bar, located at 1112 Fulton St. downtown, is the second location for a Hanford-based Japanese place specializing in both sushi and ramen, as we recently reported.

The sushi on offer includes the specialty Nitro roll, filled with albacore, cucumber, green onion and topped with fresh salmon, avocado, nitro sauce and citrus tobiko. The spot also sells a la carte nigiri and sashimi, of salmon, tuna, albacore, scallops and more. (You can check out the full menu here.)

Toshiko currently holds 3.5 stars out of 36 reviews on Yelp, indicating fair reviews -- although so far, patrons appear to like the ramen better than the sushi.

Yelper Sarah A., who reviewed the new sushi bar on November 27, wrote approvingly of the interior, decor and service, and said of the tuna and avocado rolls: "Simple, delicious, fresh. Can't wait to try more."

And Brian S. called the food, "an impressive, solid selection of appetizers, ramen/udon soups, and sushi. ... The tonkotsu ramen was one of the better I've had outside of Japan: not only was the broth rich and flavorful, but the pork was melt-in-your-mouth tender and delicious, and the noodles were cooked perfectly (not too firm or soft)."

On a Roll Sushi

On a Roll Sushi is a sushi bar located at1306 Van Ness Ave, in the Mezcal nightclub. Formerly a taqueria during the day, it will now switch to sushi-slinging, as the Fresno Bee reports.

Its signature rolls include the Albacore Lover, with seared albacore, asparagus and ponzu sauce; and the Flaming Joy: shrimp tempura and crab meat topped with spicy crab meat shrimp and spicy mayo. (You can check out the full menu here.)

Yelp users are generally positive about the new daytime sushi spot,which currently holds four stars out of three reviews on the site.

Yelper Jay G., who reviewed On a Roll Sushi on November 15, wrote of the udon soup, "The broth was flavorful and not overtly salty. The noodles were thick, chewy, and absorbed the broth perfectly. ... It was a delight to eat."

And Nichole M. had kind words for the prices and service, but noted that the scallops "didn't taste hot. There were lots of mini scallops, however, it was smothered in sauce and it overpowered the entire dish."

Its creative appetizers include the signature Namikaze nachos made with wonton chips topped with ahi tuna, jalapeno, cilantro and a spicy cream sauce.

There's also poke bowls and California-style rolls like the Katana (shrimp tempura, topped with salmon and spicy mayo) and the vegetarian Baby Groots (radish, gobo roots and carrots, topped with avocado, ginger sauce and red pepper threads). You can check out the full menu here.

Yelp users are excited about Namikaze, which currently holds 4.5 stars out of 103 reviews on the site.

"The sushi was fresh and the rolls were nice and tight. No falling apart! The quality of the sushi was good and the sauce ratio was perfect," Chelsea H. noted.

Yelper Ligia M. agreed, "Fresh food, very good selection, clean, and friendly staff. I had the Rolls Royce and it was amazing!"