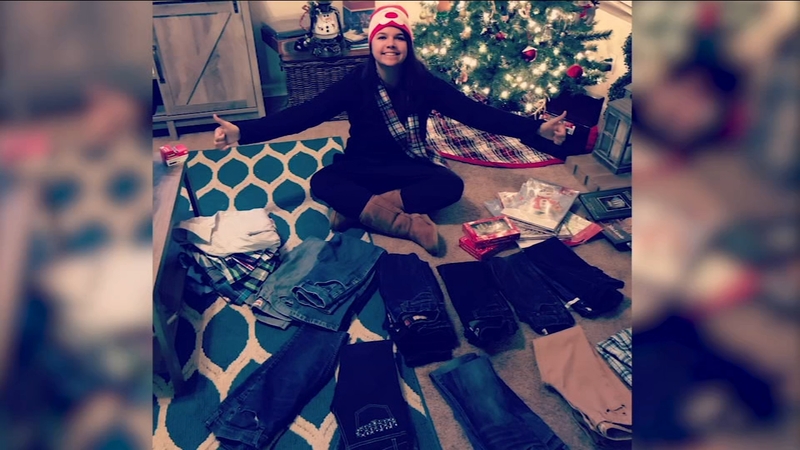 FRESNO, Calif. (KFSN) -- It is concert week at West Fresno Elementary and students are singing the holiday classics.

Clark is making sure every single student from Kindergarten to fifth grade looks as good as they sound when they perform. She told her students to wear nice clothing, like a T-shirt and black pants. Most of them told her they didn't have any.

"I found out that most of my students actually only have sweatpants, or shorts, or holes in their pants so they don't actually have a good pair of jeans going into the winter break," said Clark.

She's only been working at the school for three months, but Miss Clark took upon herself, to make it happen. She asked who was in need and purchased enough clothing for about 25 students. But she needed more, so through email and social media, she reached out for help. Now, she has enough for more than 100 students.

"I honestly only expected maybe 25 students to have a pair of pants, so the fact that it is way past what I expected is crazy," said Clark.

Felipe Mercado, the deputy principal, says that Washington Unified is one of the most impoverished districts in the entire state.

Students get to keep the clothing. Clark hands it out before they perform, she puts them in a box, labeled from "Santa."

"They get it and they are just so thrilled and then they show up to the concert wearing their new pair of jeans and it is just the ultimate wonderful feeling," said Clark.