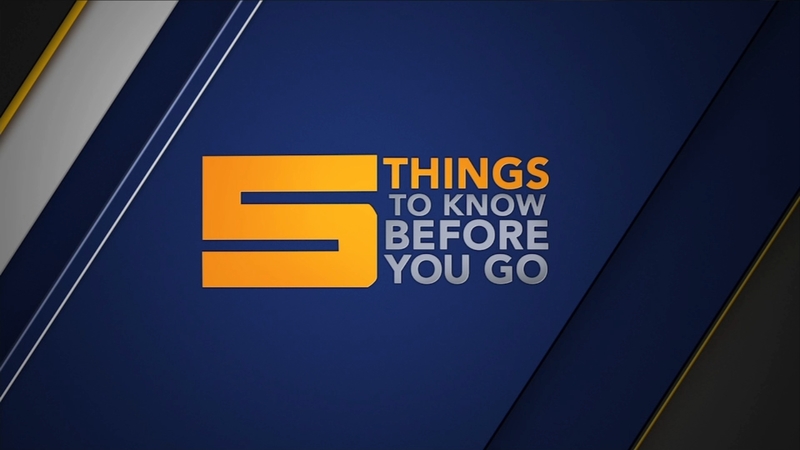 Investigators believe the accused shooter in the El Paso massacre cased the WalMart before returning to his vehicle and coming back in the store with a rifle.

21-year-old Patrick Crusius is in jail for killing 22 people and wounding dozens more.

Authorities think he was targeting the Mexican community.

The suspect in the mass shooting in Ohio was known to have a violent past.

Former high school classmates of 24-year-old Connor Betts say he was suspended from high school for writing a hit list of students he wanted to kill and sexually assault.

Betts killed 9 people early Sunday morning outside a Dayton nightclub before being killed by police.

The dow is starting the day up after suffering it's worst drop in a year.

The Dow plunged 767 points Monday and the S&P was down 3-percent.

The woman suspected of driving under the influence and causing a deadly crash that killed four people is set to be arraigned today.

24-year-old Jazmin Paramo is scheduled to enter a plea for gross vehicular manslaughter and DUI among other charges.

Investigators say she was driving on the wrong side of Highway 65 when she hit and killed four motorcycle riders.

That's after she pleaded not guilty to attempted assault, child endangerment, and domestic abuse charges.

She lost her council seat last month after missing too many meetings while in jail.