5 Things to Know Before You Go 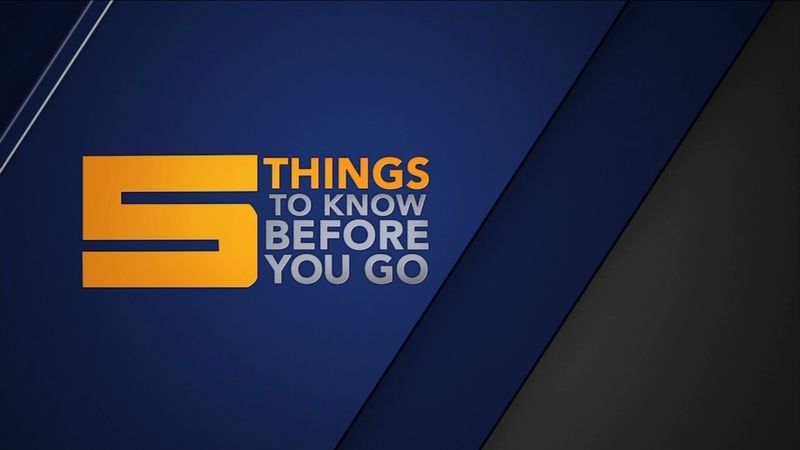 5 Things to Know Before You Go

Hundreds of people in a southeast Fresno neighborhood just had power restored following a grass fire that left them in the dark for nearly two hours.

The fire was first reported right around 4:30 a.m. on Tulare Avenue just west of Clovis Avenue.

Fire crews made quick work of the blaze but it knocked down power lines, leaving about 1,100 people without electricity.

At one time, all four lanes of Tulare Avenue were closed for fire and PG&E crews.

Neighbors are being credited with helping alert a person to their burning mobile home.

It burned to the ground just after 4 a.m. in Exeter.

Firefighters kept the flames from spreading to nearby homes.

The resident suffered smoke inhalation but is expected to recover.

#3 Family of 12 displaced after house fire in Mendota

A family of 12 is being helped by the Red Cross after a fire burned through their Mendota home.

It was reported just before midnight at a home on 11th and Oller streets.

Firefighters say the fire extended into the attic.

Two known gang members accused of shooting a Fresno boy are in custody while the search for two more suspects continues.

Police are looking for Seandell Davis and Kedar Saunders.

On July 8th, five-year-old William Reed was shot while in the back seat of his mother's car. He is now recovering.

Dozens of parents, teachers and students are calling for the resignation of Fresno Unified Board member Terry Slatic.

They voiced their concerns at a special meeting Thursday night.