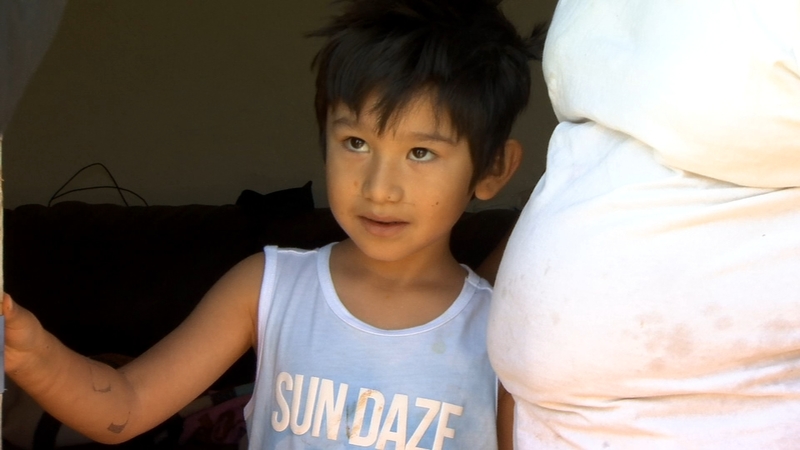 Prosecutors say he was comatose for a while because of a brain injury.

"He's doing good. He's still being the little boy he always was, you know, running around, jumping, but he can't do much right now because his head is bad right now," said Brandon's sister Ana Estrada.

The boy known as Chino initially had some trouble with his appetite, but he's starting to eat well again and get back to his normal life.

The neighbor accused of shooting him almost took it from him, according to investigators.

He lives at the next property over and he's now charged with attempted murder and other charges for opening fire on his neighbors' house with an assault weapon or machine gun.

The boy's family tells us Paulo earned whatever punishment he gets.

"Why did he even have to do that? We didn't do anything to him so he could be shooting into our house, especially knowing we have kids, a lot of kids," said Ana.