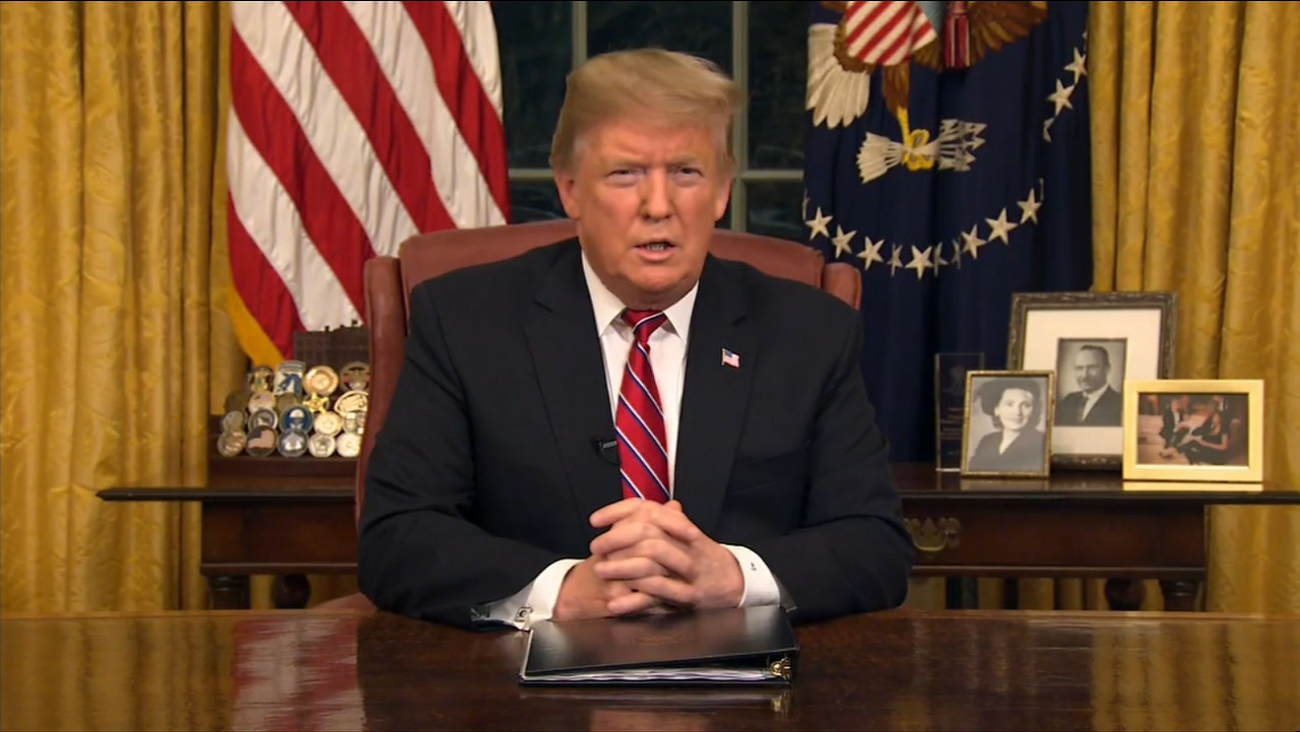 President Trump says he will make a 'major announcement' on the government shutdown on Saturday afternoon.

Trump said on Twitter he would also address the 'humanitarian crisis' on the southern border at 3 p.m. live from the White House.

I will be making a major announcement concerning the Humanitarian Crisis on our Southern Border, and the Shutdown, tomorrow afternoon at 3 P.M., live from the @WhiteHouse.

Trump and Democrats in Congress remain far apart over Trump's insistence on funding for a wall along the Mexican border as the price of reopening the government.

The two sides have traded taunts and avoided talks so far this week.

The political stakes are high as the shutdown moves into a fifth week, with hundreds of thousands of federal workers going without pay and no outward signs of resolution.