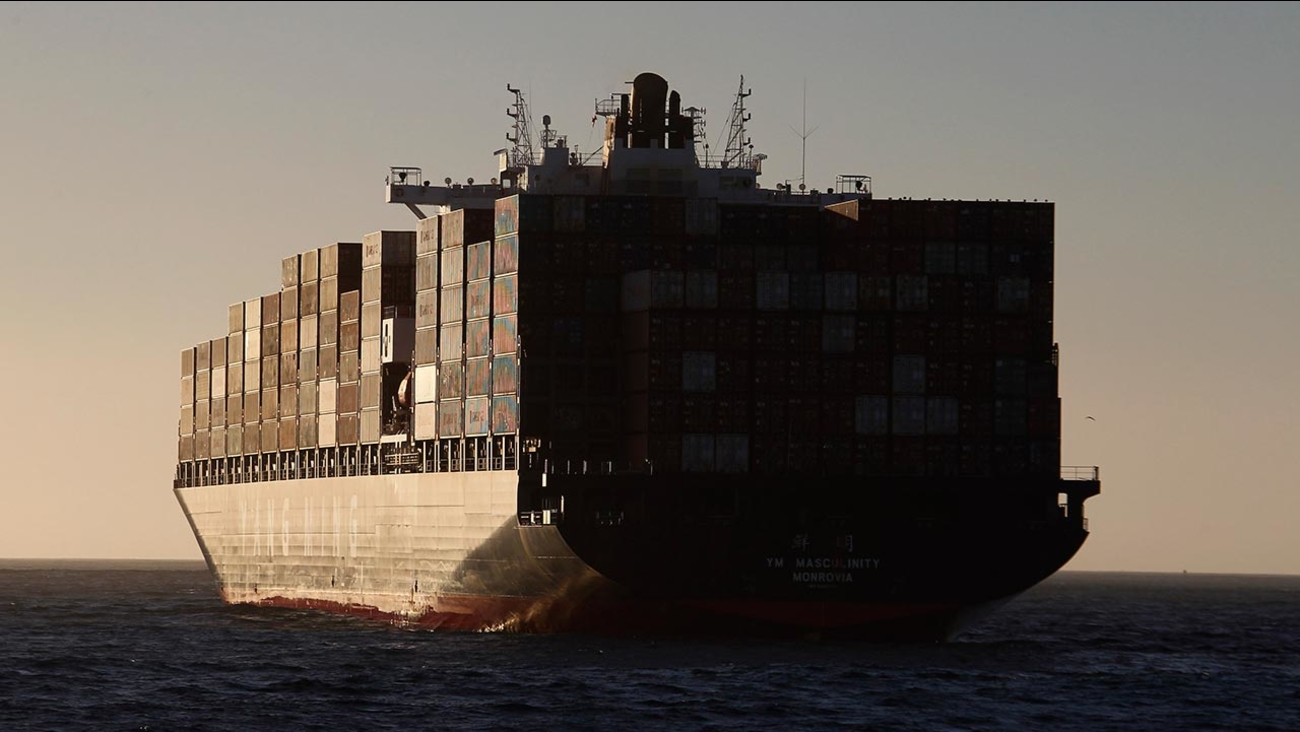 The Yang Ming Masculinity, YMMS cargo ship anchored off the Long Beach Harbor waits to be unloaded due to a labor dispute (Nick Ut)

LOS ANGELES -- Amid an increasingly damaging labor dispute, 29 West Coast seaports which handle billions of dollars of goods will be mostly closed four of the next five days.

The announcement was made Wednesday by companies that employ dockworkers.

Negotiations for a new contract were to resume Wednesday, but were canceled. The two sides last met Friday.

The employers now say they won't hire crews to load or unload ships Thursday, Saturday, Sunday or Monday - when they'd have to pay holiday or weekend wages. Instead, smaller crews will focus on clearing already-unloaded containers off dockside yards.