State agencies say Valley is prepared for a California megastorm

KFSN
FRESNO, Calif. (KFSN) -- Any prolonged wet weather in California brings concerns about the big one: an Ark storm, or an atmospheric river dumping too much water.

The last time it happened was the 1861 Ark Storm that flooded the entire Central Valley.

It's something Ken Austin of the Fresno County Department of Emergency Services tries to anticipate, "We prepare for any disaster, and a disaster is anything kind of big and overwhelming."

But so far, The Bureau of Reclamation's Michael Jackson says the wet weather has only been good for Central California's water supply.

"Things are going well, so far we are currently, our natural runoff is a little bit above average, we're at about 115 percent or so of average."

The Bureau of Reclamation operates Friant Dam. The reservoir, Millerton Lake is at about 70 percent capacity, also over the average for this time of year.

Jackson says the dam and reservoir and canal systems can handle severe runoff and snowmelt events, "We are pretty good to go on a hundred-year storm, that won't be a problem."

In 1997, heavy rain and snow melt filled Friant over capacity causing flooding along the river in North Fresno.

While it could happen again, Alan Hofmann, General Manager of the Metropolitan Flood Control district, says many of the issues that lead to past flooding in the Fresno area have mostly been alleviated.

"It's considerably better today than it was said, 30 years ago," Hoffmann said.

Hofmann says the area is better protected and he believes the districts numerous ponding basins and pumps provide a reasonable margin of safety.

The Ark storm of 1861 lasted for 45 days, and scientists predict there's a good chance of another one within the next 40 years. That's based on the idea that they have historically occurred every 200 years.
Report a correction or typo
Related topics:
weatherfresno countyfloodingweather recordpatcoweatherraincalifornia water
Copyright © 2020 KFSN-TV. All Rights Reserved.
WEATHER 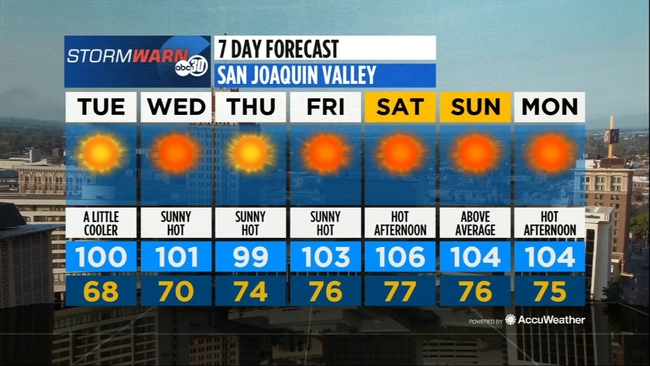 Accuweather Forecast: Up And Down Temperatures 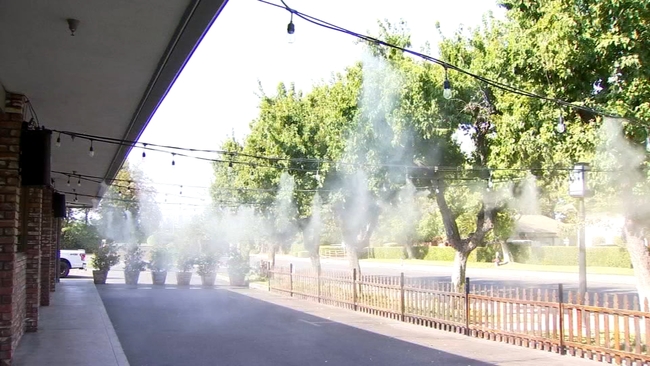 Fog and mist systems in demand during pandemic