Health Watch: From kitchen to clinic and cutting costs! 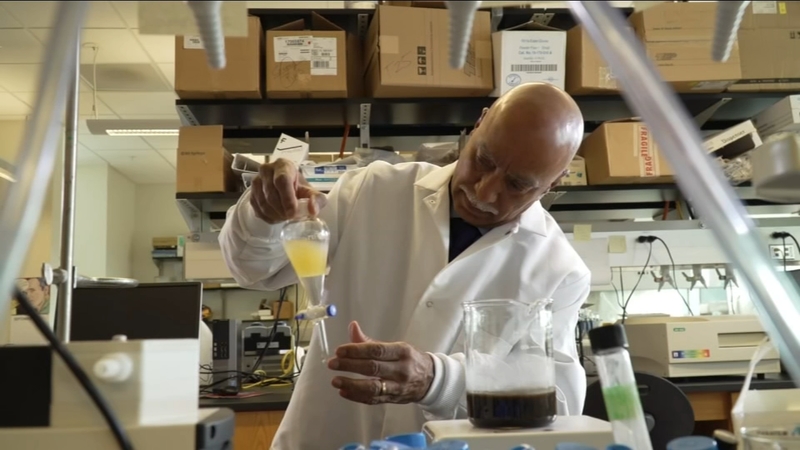 Health Watch: From kitchen to clinic and cutting costs!

ORLANDO, Fla. -- Prices for most name-brand prescription drugs have risen 208 percent from 2008 to 2016. That is causing up to 20 percent of people to either skip taking their much-needed medication or cut it in half to reduce costs. But now researchers are looking towards a cheaper and more natural alternative.

One in four deaths in the U.S. is due to heart disease. Now a researcher is looking to change that starting right in your kitchen. In a study where mice were treated with sesame oil, he was able to find ...

"The extent to which sesame oil prevented atherosclerosis was over 80 percent and it was stunning because even the best pharmaceutical agents do not go that far," said Sampath Parthasarathy, PhD, MBA, Professor at the College of Medicine at UCF and Florida Hospital Endowed Chair of Cardiovascular Sciences.

Atherosclerosis, or the build-up of plaque in the artery walls, is usually caused by high cholesterol and chronic inflammation. Current drug treatments, like statins, only treat the high cholesterol. The anti-inflammatory benefit of sesame also opens it up to treat other diseases.

Parthasarathy said, "Inflammation is the basis for many chronic diseases, arthritis, Crohn's disease, even Alzheimer's."

This has led to a clinical trial for those suffering with Crohn's disease, possibly providing a less harsh and cheaper alternative to medications, like Humira.

"Each injection is about is about five to 10,000 dollars. The great thing about sesame oil extract is that it's cheap and easy to prepare and the side effects are much less compared to the other types of drugs," said Michael Rohr, an MD/PhD Candidate at the University of Central Florida.

"So, if kitchen is beneficial, some day you may not even need to go to the clinic. From the kitchen to the clinic that is my message," Parthasarathy said.