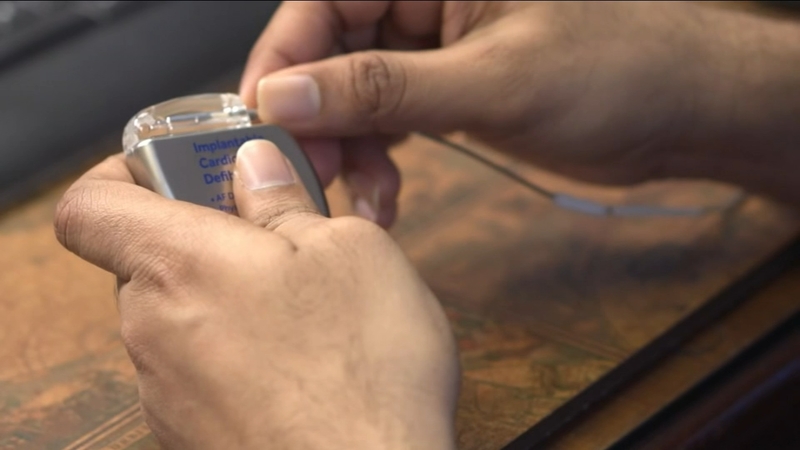 SAN ANTONIO, Texas -- When someone's heart skips a beat, or beats too fast, doctors implant pacemakers to create a normal heart rhythm. But with those lifesaving implants comes the risk of infection. There is a 90-year-old patient whose pacemaker's infected lead wires were bound to her blood vessels, creating a critical need for high-tech surgery.

Smith had her first pacemaker implanted 30 years ago to regulate her heart arrhythmia. These devices have wires, which bind to the blood vessels over time and can become severely infected.

Smith explained, "It was all red and you could tell it was infected because around the edges it was red and puffy looking. They rushed me to the hospital, and they took me to surgery. For a while, nobody thought I was going to make it."

Valay Parikh, MD, FACC, FHRS, Cardiac Electrophysiologist at Baptist Health System, San Antonio said "In about one percent of people infection happens attached with the leads and wires. It can happen in the pocket because we are all surrounded with bacteria. We use new technology like laser lead extraction materials. We open the pocket. We clean the pocket and take care of the infection in the pocket."

In the trickiest part, the doctor extracts the lead wires using laser technology.

"I had tissue all around that thing, so they had to cut it out," Smith said.

And once the pacemaker and infected leads were out, they stayed out.

"I don't want to have any more surgery. I'm satisfied. I just want to be well enough to see my kids happy," Smith stated.

Although the risk of infection is very low, at about one percent, Dr. Parikh cautions that patients need to be very aware of the signs of infection like redness, increased swelling, and blood or discharge coming out of the surgical area. It is a quick trip from the primary infection to poisoning the bloodstream.
Report a correction or typo
Related topics:
health & fitnesshealth watchheart health
HEALTH WATCH