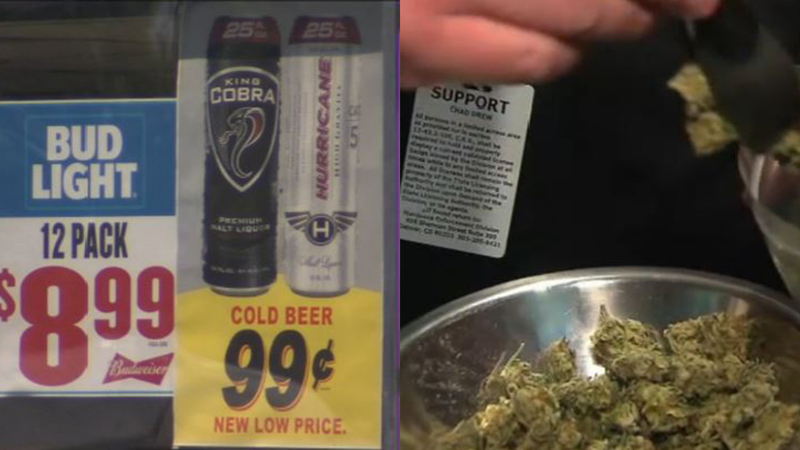 FRESNO, Calif. (KFSN) -- In some parts of town, there are stores that sell alcohol on every corner.

Arias wants a way to reduce the number of liquor licenses because he believes the high number of stores increase crime.

"It is more damaging to allow and to create far more licenses than the city can manage," he said.

Under the plan, any new store that wants to sell beer, wine or liquor will have to buy an existing license. Bigger stores would have to buy more than one.

The idea is that eventually, as the city grows, the number of licenses will stay the same reducing the high saturation rate that currently exists.

"We want to over time reduce that saturation without having to shut down businesses immediately or put those business owners at risk," Arias said.

Store owners like Raj Sing like parts of the plan to limit expansion but worry about other aspects.

"That's the biggest concern because there are a lot of rules and regulations the stores have to follow, and if you go around the city you will see a lot of those rules are not followed," Singh said. "I don't think the city is doing a decent job. I think the city needs to enforce what's on the books before they try to bring on the new ones."

At the same time, the council is working out revisions to the city's marijuana licensing to give residents more say about where recreational and medicinal shops can operate.

"We are simply trying to refine the ordinance so that before we start giving licenses away, and businesses are opening up, residents are notified," Arias said. "They have a role and a say before the doors open."

Marijuana licensing be reviewed until July, with sales of recreational and medicinal expected to start in a year.