Dressed in caps and gowns, hundreds of high school graduates walked across the field.

Despite the temperatures reaching the mid-90s, families braved the heat to watch them receive their diplomas.

"We have a spray fan...some water bottles in the bag, too," said Miranda Lor. "We're pretty prepared for today's heat."

On Tuesday, several schools, including McLane and Buchanan High schools, held their ceremonies outside.

Miranda Lor says she and her family were there to watch their cousin, Calista Vang, graduate but stayed out of the sun.

"We saw there was shade over here," she said. "It's cooler on the grass field. We're waiting for it to cool down."

"We made extra sure that water stations are available," said district offical Kelly Avants. "We talk to our kids a lot because they were out earlier today with graduation practice about staying hydrated, having medical staff on hand at every one of our graduations."

Some parents packed the essentials, coolers of water, and iced coffee while using umbrellas to make shade.

At McLane High, students had water bottles by their seats, and those wanting to stay indoors could stream the ceremony online.

"We're encouraging them to dress comfortably...I do want to say being in the stadium is something they wanted desperately," said FUSD trustee Veva Islas. "They wanted to make sure they were graduating on their campus."

As families brought their grads flowers and balloons, Lor says the heat wasn't going to keep them from coming to the ceremony.

"We're here to support our little cousin so we would've been here regardless," she said. Anaheim was the hottest place in America on Monday 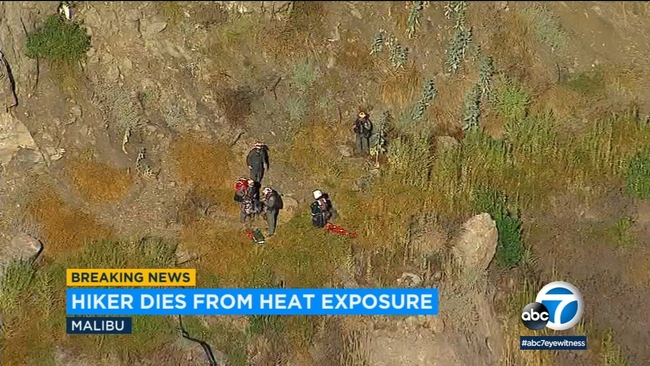