KFSN
By Jason Oliveira
FRESNO, Calif. (KFSN) -- Work is being done to turn Clovis into the center of the swimming universe this week as Clovis North High plays host to the TYR Pro Series for the first time.

"These are 200 of the fastest swimmers in the nation right now and they're all competing and getting ready to be in Omaha for the Olympic trials next year," said John Forbes of the Clovis Swim Club.

Several of the sport's top performers will brave the Valley's sweltering heat to compete in the four-day event, which runs Thursday through Saturday from the school's aquatics center.

For many, this will feel a lot like an Olympic swim meet. Grandstands and a giant replay monitor have been brought in to accommodate local spectators and a national TV audience

"We definitely picked Clovis just because of the facility," said Kelly Naze of USA Swimming. "It's beautiful and there's lots of pool space."

Naze says she's happy to bring one of just a handful of the pro series stops to Clovis.

She says even this week's extreme heat won't put a damper on the biggest swim event to ever hit the Valley.

"I discovered there is a breeze and that I've been sweating a lot but there is shade so you can keep cool but it's definitely different than Colorado this time of year."

"Just the officials alone...there's sixty officials...there's 200 athletes so all the hotels and restaurants its in the hundreds of thousands impact over the next three days," Forbes said.

The only place you may see this many swimming greats will be at the Olympics. Tickets are still available and students get in for $5.
Report a correction or typo
Related topics:
sportsfresnoclovisswimmingolympics
Copyright © 2020 KFSN-TV. All Rights Reserved.
SWIMMING 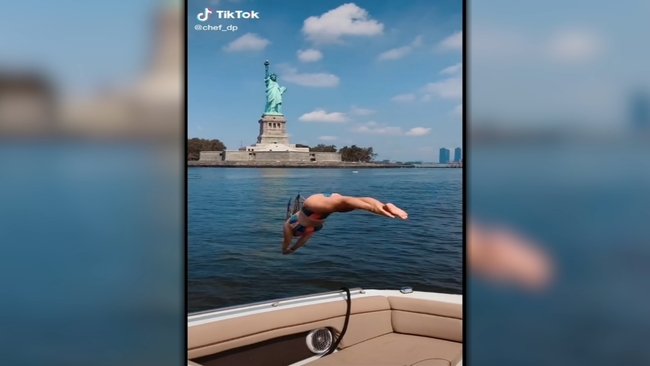