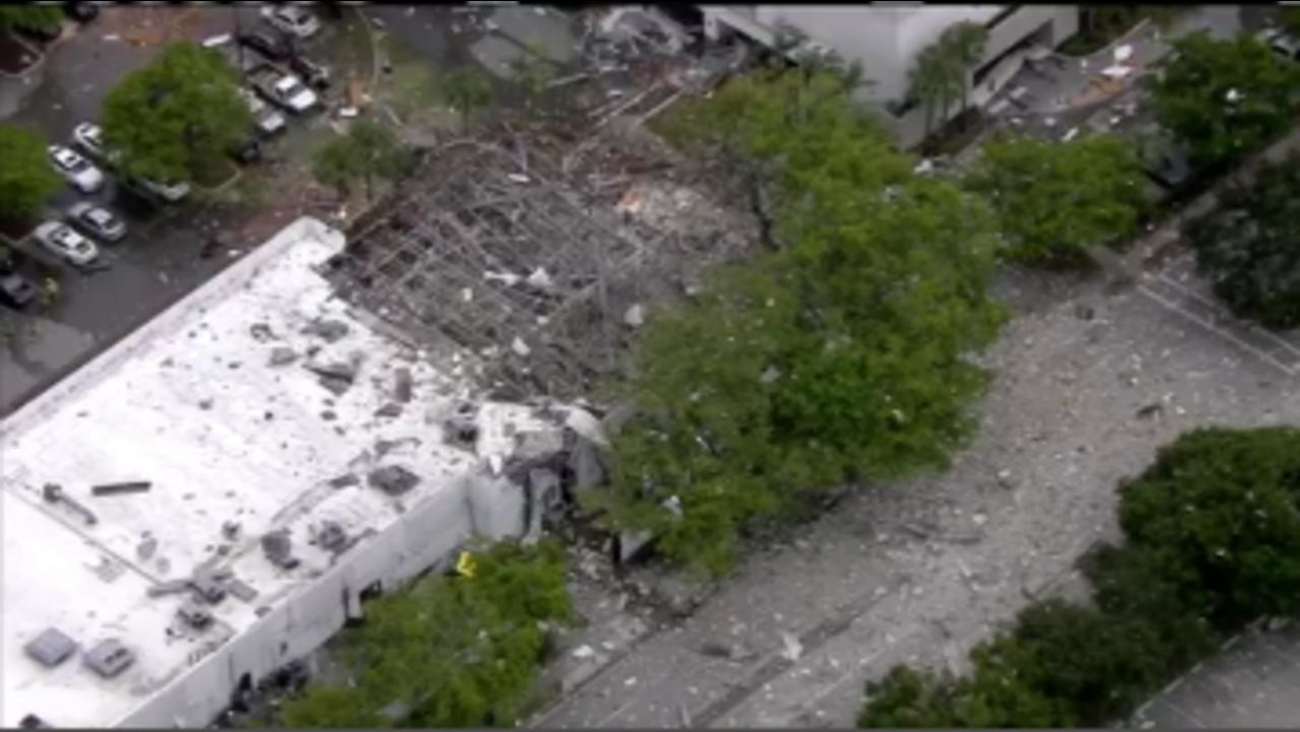 PLANTATION, Fla. (AP) - Twenty people were injured after a vacant pizza restaurant exploded in a South Florida shopping plaza Saturday, according to police.

The blast sent debris flying along a busy road in Plantation, west of Fort Lauderdale in Broward County. The restaurant was destroyed, and nearby businesses were damaged.

"We thought it was thunder at first, and then we felt the building shake and things started falling. I looked outside and it was almost like the world was ending," said Alex Carver, who works at a deli across the street from the explosion. "It was nuts, man. It was crazy."

The Plantation fire department called it a gas explosion. The blast scattered large pieces of concrete as far as 50 yards (46 meters) away and sent pieces of metal as far as 100 yards (91 meters) across the street. Carver said two of his co-workers' cars were destroyed.

The explosion demolished the building, leaving behind only part of its metal frame. It blew out the windows of a popular fitness club next door.

Dozens of firefighters responded and could be seen picking through the rubble with dogs sniffing through the debris. There were no known fatalities immediately after the explosion, said police officer Chavez Grant. Of the 20 injured, two were seriously hurt.

The Plantation fire and police departments said on Twitter that the street was closed to traffic. The fire department called it a gas explosion with "multiple patients."
Report a correction or typo
Copyright © 2021 KFSN-TV. All Rights Reserved.
More Videos
From CNN Newsource affiliates
TOP STORIES