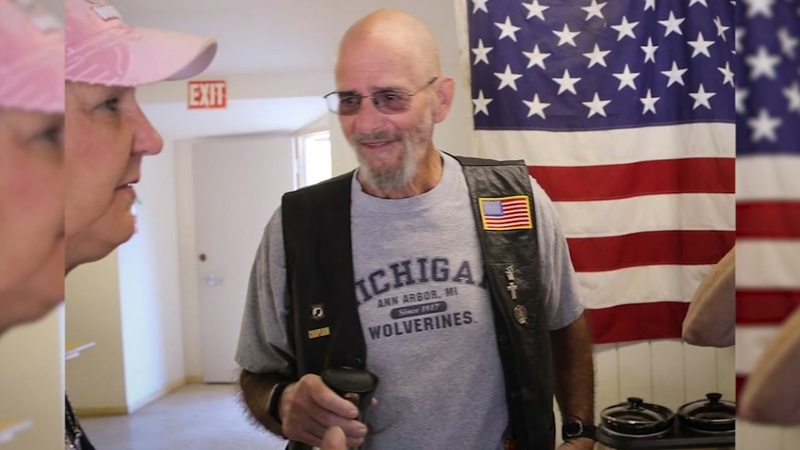 FRESNO, Calif. (KFSN) -- The clubhouse at American Legion Post 509 was filled with Veterans and their loved ones, but all could feel one man's absence. Navy Veteran John Hopper was killed Saturday morning after he lost control of his three-wheel Harley on Highway 180.

"It's such a loss, that we lost him in such a tragic way," said Thad Miller, the commander of American Legion Post 509.

Hopper served his country for more than four years, but loved ones say that service continued throughout his life.

Miller describes John as a "Super nice guy that would do anything for you. He would give you the shirt off his back if that's what you needed. He was just that kind of a man, and this is going to leave a big hole in all of our hearts." He adds, "John has always been the life of the party. You could always count on a joke; he was just a class guy and a super, super man."

John Hopper is survived by his girlfriend, five children, grandchildren, and a great-grandchild. His extended family includes the brothers and sisters he gained through the American Legion Riders.

In addition to volunteering for bingo and being active with the patriot guards and Christian ministry groups, he served as club chaplain for more than five years.