'I just want to cry': Neighbors left with costly repairs after car windows shattered in Fresno 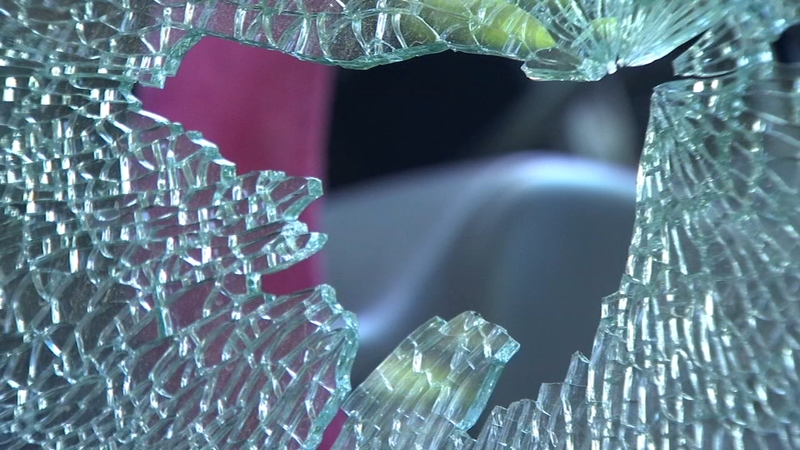 FRESNO, Calif. (KFSN) -- Neighbors in Northwest Fresno are fed up with a streak of damaging vandalism.

Their car windows were shattered and the owners were left with costly repairs.

They believe the person responsible went from car to car, shooting out the windows.

Many of them are now worried about how they're going to afford to repair the damage.

Celeste Lauderdale says she and her husband woke up Tuesday morning to find not one, but both of their cars damaged.

"It's just its crazy, it's maddening," says Celeste Lauderdale. "I just want to cry because we're trying to make ends meet, and I know our insurance is not going to help so we're going have to get out of pocket for both cars."

Lauderdale wasn't the only victim.

Her neighbor Danielle says her car, and several others along Fairmont and Feland avenues in northwest Fresno had their windows smashed.

Fresno Police say they have eight confirmed reports of window damage, but there are likely more victims.

Captain Burke Farrah of the Fresno Police Department says it appears the suspect drove or walked through the neighborhood with a pellet gun early Tuesday morning.

"People feel safe and anonymous in the dark. It doesn't take long to shoot out a bunch of windows, especially if you're moving in a vehicle," says Farrah.

Farrah says windows at a nearby business were also shattered, but is still looking at whether all the cases are connected.

That's why he says they plan to have officers out in the area looking for anything suspicious.

Lauderdale says because of this crime, she wants to start a neighborhood watch group.

"It's harmful, it's hateful, it's irresponsible. Whoever is doing this, they don't know how much it hurts."

She's now hoping the vandals are caught as she figures out how she's going to pay for the damage.

Fresno police are asking for your help.